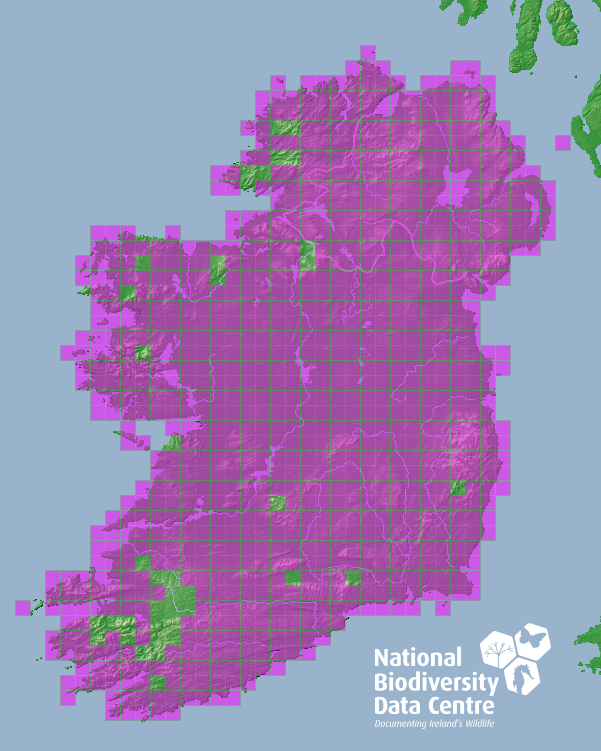 The last IUCN Red List assessment, carried out in 2016, notes the Lapwing as a ‘Near Threatened’ species on a global scale. Additionally, the population was assessed as decreasing.

The Lapwing is a conspicuous wader, sporting a brownish back, white underparts and a black chest that runs up to a black and white head with a thin black crest extending from the head.

Under favourable light conditions, its wings are distinctive. It has flesh-coloured legs.

The wings are round in shape and the Lapwing has a plump, heavy chested appearance.

The Lapwing mainly feeds on ground invertebrates such as annelids and arthropods.

It feeds at night to reduce competition from other species such as gulls.

It breeds in both wet and dry semi-natural grassland, in open landscapes.

The Lapwing will lay a clutch of four eggs, each weighing approximately 26 grams from late March to late May.

A typical wild Lapwing has a life expectancy of five years and breeds after the second year.

There is a population of resident Lapwing in Ireland. The Irish population is bolstered in both the summer and winter by visitors from European populations.

The Royal Society for the Protection of Birds: https://www.rspb.org.uk/birds-and-wildlife/wildlife-guides/bird-a-z/lapwing/