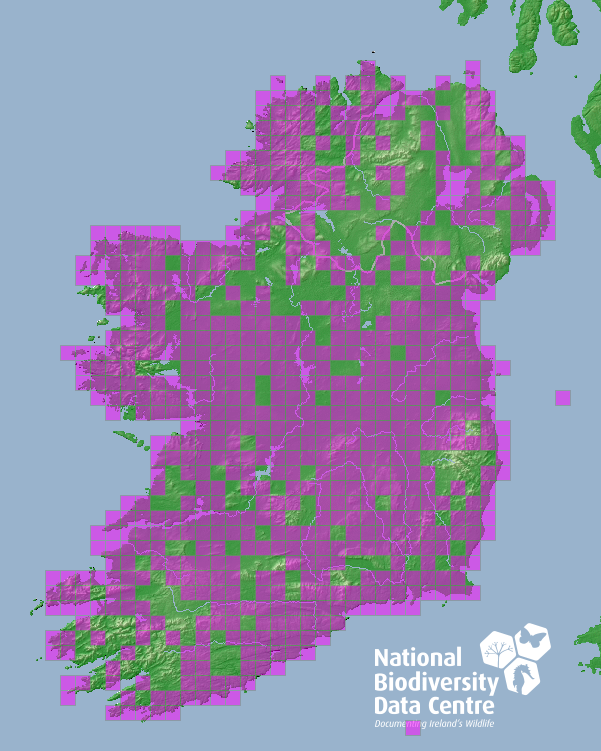 According to the last IUCN Red List assessment in 2016, the Golden Plover is a species of ‘Least Concern’ on a global scale. Additionally, an increasing global population trend was noted.

The Golden Plover is a medium-sized plover with a conspicuous summer plumage consisting of black and gold flecks along the body.

The underparts are black (more prominent on males) with the black strip extending up the chest and throat and stopping just under the eye.

Winter adults have no black underparts and look a uniform light brown colour.

The wings are narrow and end in a fine point.

Could be confused with the larger Grey Plover.

The Golden Plover is omnivorous but will primarily feed on invertebrates such as earthworms and beetles. If available, plant material such as fruits, grasses and seeds will also be consumed.

Golden Plover breed in the blanket bogs on the west and North West.

In winter they occur in a variety of coastal and inland habitats, and can sometimes be seen in very large flocks.

The female lays a clutch of four eggs, each weighing approximately 33 grams, from early-April to early-June. These eggs will be incubated for a period of 28-31 days.

A typical wild Golden Plover has a life expectancy of around four years with breeding occurring after the first year.

The Golden Plover visits Ireland from France and Iberia during the summer months. Additionally, a small number of individuals are thought to stay in Ireland all year.

The Royal Society for the Protection of Birds: https://www.rspb.org.uk/birds-and-wildlife/wildlife-guides/bird-a-z/golden-plover/