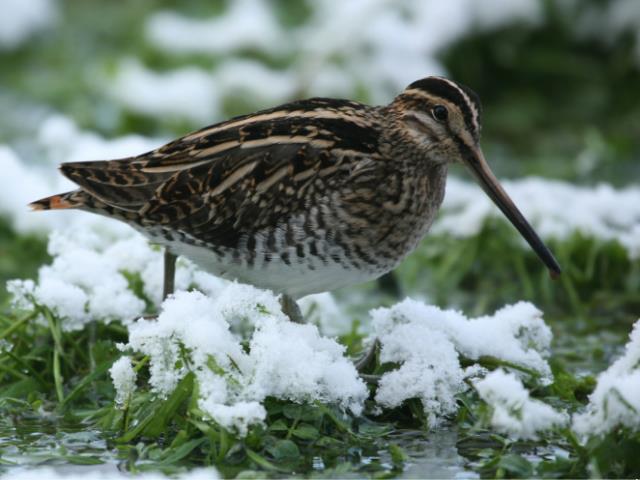 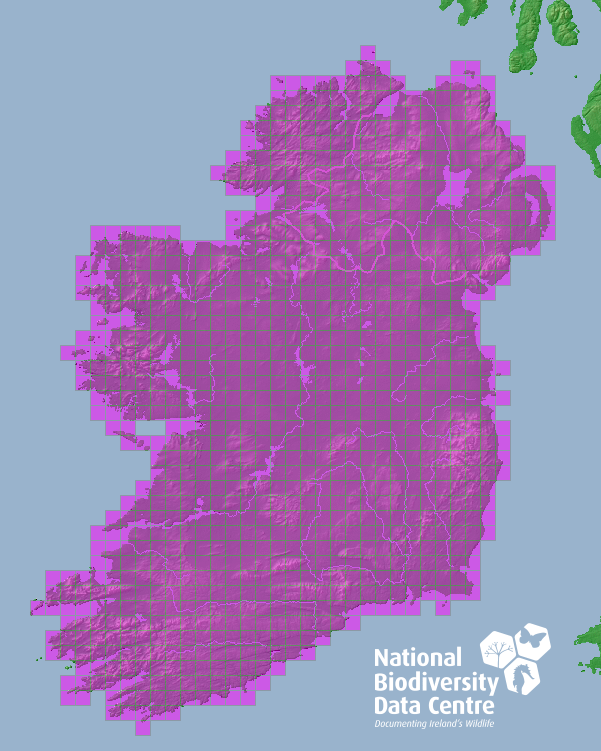 Severe declines have been recorded in Snipe breeding and wintering populations in Ireland, resulting in its move to the Red-List in the most recent BoCCI assessment (Gilbert, Stanbury and Lewis, 2021).

According to the last IUCN Red List assessment in 2016, the Snipe is a species of ‘Least Concern’ on a global scale. However, a decreasing global population trend was noted.

The Snipe is a medium-sized wader with speckled brown upperparts and white underparts.

It has a long, straight bill and short legs compared to other waders.

The Snipe is quite elusive and often remains undetected unless startled and flushed from its hiding spot.

The Snipe is an omnivorous species that feeds on plant material such as seeds as well as invertebrates such as worms and insect larvae.

This ground nesting species finds suitable breeding habitat where there is grassy tussocks within or adjacent to boggy areas. Bogs and wet grassland can be suitable habitat for this species.

Between late-March and late-June, the female Snipe lays a clutch of four eggs, each weighing approximately 16.5 grams, and incubates them for a period of 18-20 days.

A typical wild snipe has a life expectancy of around three years with breeding occurring at two years.

The decreasing resident population is bolstered in the summer by visitors from Western Europe and western Africa. Additionally, winter visitors from Scotland, Iceland and the Faeroes can be found.

The Royal Society for the Protection of Birds: https://www.rspb.org.uk/birds-and-wildlife/wildlife-guides/bird-a-z/snipe/