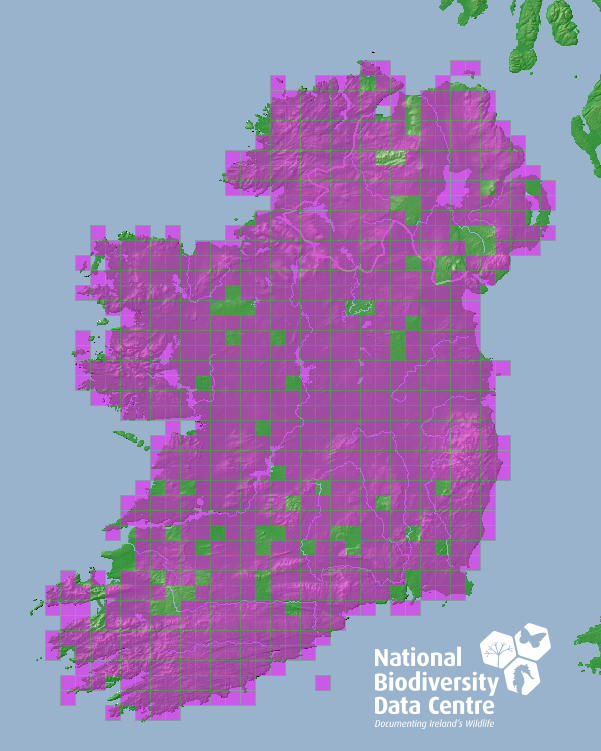 On a global scale, the IUCN Red List classifies the woodcock as a species of ‘least concern’ with a stable population trend.

The Woodcock is a large species of wader with short legs relative to its round body and disproportionately long, straight bill.

It is largely nocturnal and will hide away in seclusion for much of the daylight hours.

Due to its cryptic colouration, the Woodcock can blend seamlessly in to woodland leaf litter, decreasing its chances at being spotted by potential predators.

The Woodcock could be confused with the Snipe, another species of wader, but the Snipe is a physically smaller animal.

The Woodcock stands at approximately 33-35 cm in length with a wingspan of 55-65 cm. Weight can vary considerably between individuals from 240-420 grams.

The Woodcock feeds on a variety of food items from invertebrates such as insects, annelids, arachnids and molluscs to plant material found at ground level.

A staple food item of this species is the earthworm which is easily removed from the soil via the Woodcocks long, narrow bill.

Woodcock are associated with damp woodland and forest as well as some heath habitats, scrub and open areas dominated by bracken and heather. Additionally, it will happily inhabit coniferous forestry stands.

The female Woodcock lays a clutch of approximately four eggs and incubates them for a period of 21-24 days. These eggs weigh approximately 26-27 grams.

An average wild woodcock has a life expectancy of around four years and will reach breeding age at about two years.

Due to its nocturnal nature and effective camouflage, Woodcock are noted as being very difficult to successfully monitor and, by extension, data deficiency on this species may impact how much is actually known about them. The Breeding Woodcock Survey 2021 aims to ameliorate this issue by taking a highly specific surveying method that was conceived in Britain and implementing it in Ireland. The aim of this survey is to better understand the current distribution of Woodcock in Ireland.

While Ireland does have a resident population of Woodcock, numbers increase significantly in winter when individuals from Scandinavia and Russia find their way to Ireland.

The Royal Society for the Protection of Birds: https://www.rspb.org.uk/birds-and-wildlife/wildlife-guides/bird-a-z/woodcock/