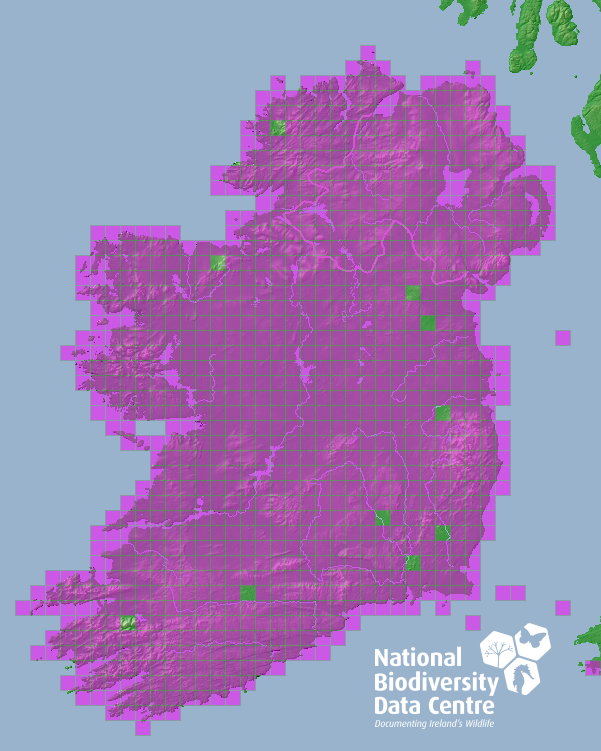 The most recent IUCN Red List assessment, carried out in 2017, lists the Curlew as a ‘Near Threatened’ species on a global scale, with a decreasing population trend.

The Curlew is the largest wader in Europe and can be identified by its long, downward facing, curved bill, brown upperparts with intricate dark brown markings, and long neck and legs.

Upon first glance, it may be confused with the Whimbrel, a similar looking wader of the same Genus, but the Curlew is a physically larger bird.

The Curlew primarily feeds on invertebrates such as ragworms, crabs, molluscs and shrimps in winter and Tipulidae larvae and earthworms while in grassland during the summer (European Commission, 2007).

Curlew occur along most of Ireland’s estuaries and in damp grassland.

Breeding occurs in rough pasture, meadows and other areas of semi-natural vegetation.

The Curlew lays a clutch of four eggs, each weighing approximately 76 grams, from mid-late April to late-May. These eggs are incubated for a period of 27-29 days.

A typical wild curlew can be expected to live for around 11 years with breeding occurring in the second year.

Resulting from the overall decline in breeding Curlew in Ireland, programmes such as the Curlew Conservation Programme have been implemented with the intention of protecting Curlew nesting attempts and increasing habitat suitability for the species.

The small Irish breeding population is now largely confined to the midlands and northwest of the country. The resident population is bolstered each winter by visitors from Europe.

The Royal Society for the Protection of Birds: https://www.rspb.org.uk/birds-and-wildlife/wildlife-guides/bird-a-z/curlew/