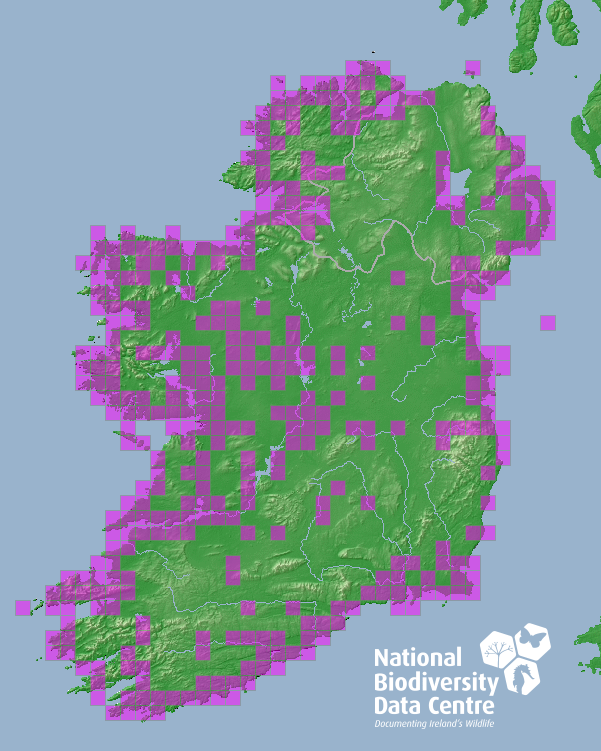 Continued severe downward population declines have been noted in this species (Gilbert, Stanbury and Lewis, 2021).

According to the last IUCN Red List assessment in 2016, the Dunlin is a species of ‘Least Concern’ on a global scale. However, a decreasing global population trend was noted.

The legs are black.

Plumage can vary between age and season so some hardship may be encountered when identifying in the field.

The Dunlin feeds on invertebrates such as worms, molluscs and insects that it probes for with its long bill.

Breeding individuals in Ireland are best suited to sandy, grassy habitats such as machair.

Being a ground nesting species, the Dunlin prefers sparsely vegetated habitats with a low sward height.

Wintering individuals can be seen across virtually all coastal habitats with a preference for estuaries and tidal mudflats.

This species lays a clutch of four eggs, each weighing approximately 10.2 grams, and incubates them for a period of 21-22 days.

A typical wild Dunlin has a life expectancy of around five years with breeding occurring after two years.

During the summer, visitors arrive from north-western Africa and Europe.

Winter visitors from Scandinavia and Siberia are often stop in Ireland. Passage migrants have also been recorded.

The Royal Society for the Protection of Birds: https://www.rspb.org.uk/birds-and-wildlife/wildlife-guides/bird-a-z/dunlin/