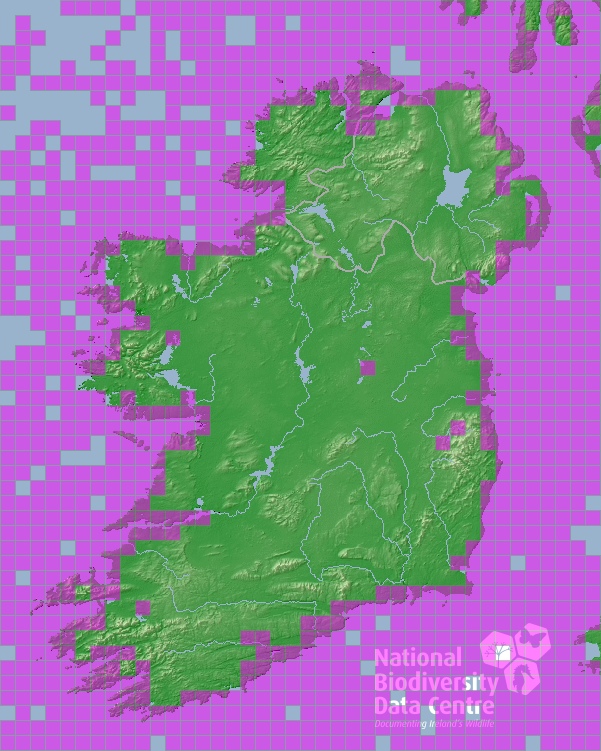 The Kittiwake is classified as ‘Vulnerable’ on a global scale, according to the last IUCN Red List assessment in 2018. Additionally, the population trend continues to decline.

The Kittiwake is a small-medium sized gull sporting a grey back, white underparts, dark eye and yellow bill.

It has black legs (hence the name) and black wing tips that contrast with their mostly grey wings.

Being a marine bird, it mostly feeds on marine invertebrates and fish either by hunting or through bycatch and waste from commercial fishing activities.

Most commonly seen on coastal cliffs along the Irish coast during the summer months.

This species lays a clutch of two eggs, each weighing approximately 50 grams and incubates them for 25-32 days.

The typical life expectancy for a wild Kittiwake is 12 years, with breeding beginning at around 4 years.

Summer visitor to Irish coastal cliffs and headlands. Moves out towards open ocean during the winter months.

The Royal Society for the Protection of Birds: https://www.rspb.org.uk/birds-and-wildlife/wildlife-guides/bird-a-z/kittiwake/