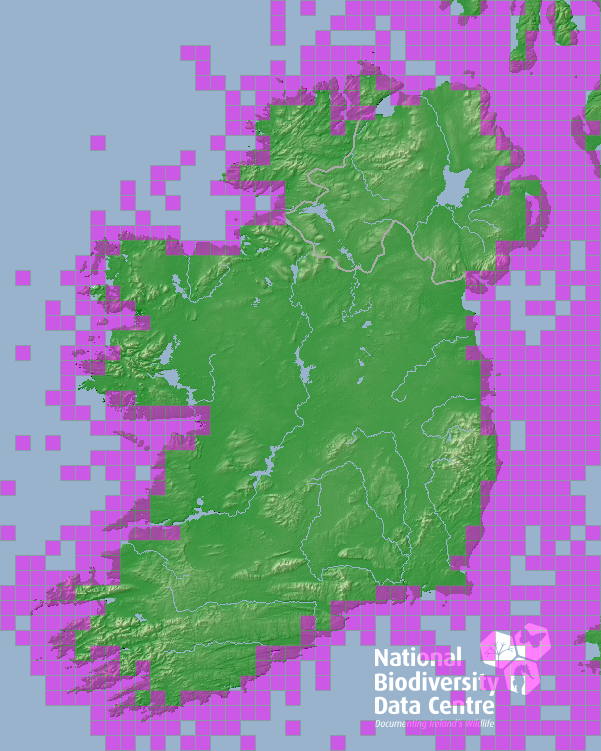 The razorbill is classified as ‘Near Threatened’ on both a global and European scale according to the last IUCN Red List assessment in 2018. The population trend was also noted as decreasing.

This member of the Auck family has a black back and head with a thick black beak and white underparts.

Being a marine bird species, the Razorbill feeds on marine life such as fish like sandeels and sprats as well as various invertebrate species.

This species is associated with marine habitats and will be found on suitable coasts and islands.

Suitable nesting habitat for this species includes sea cliffs but it will also nest in screes and cracks in cliffs that offer a secluded nesting site.

During the breeding season, a single egg of approximately 90 grams is laid followed by an incubation period of 32-39 days. The young will fledge after 14-24 days.

Average life expectancy for a Razorbill is approximately thirteen years with individuals reaching breeding age at about four years.

Pollution of the marine environment and declining fish stocks are a significant driver in the decline of the Razorbill.

In a similar vein to the Puffin, the Razorbill winters at sea and will only come to land during the breeding season.

During the breeding season, there are long established, large breeding colonies of Razorbill at the Cliffs of Moher in county Clare, the Saltee Islands off County Wexford and Horn Head in County Donegal and small colonies at other locations.

The Royal Society for the Protection of Birds: https://www.rspb.org.uk/birds-and-wildlife/wildlife-guides/bird-a-z/razorbill/