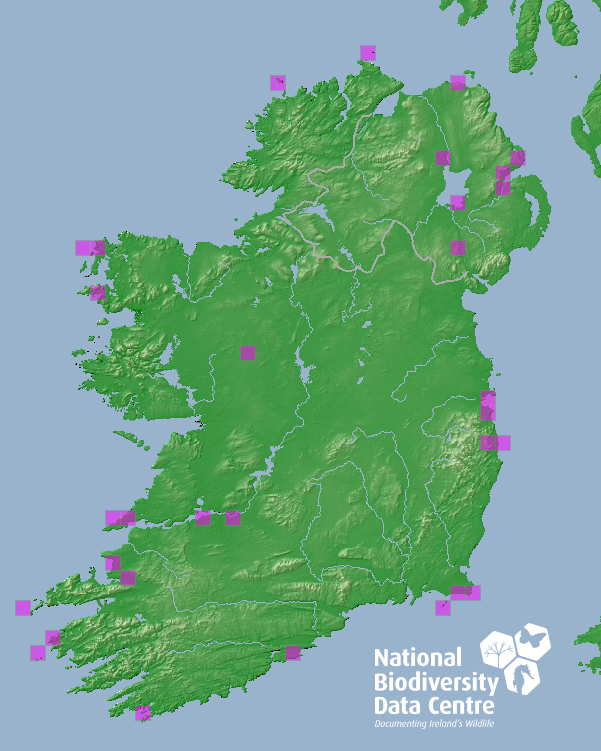 According to the last IUCN Red List assessment in 2018, the Red-necked Phalarope is a species of ‘Least Concern’ on a global scale. Its population trend is noted as decreasing on a global scale however.

The Red-necked Phalarope is a small species of wader standing at 17-19 cm in height with a wingspan of 32-41 cm and weighing 27-48 grams.

An adult Red-necked Phalarope with its summer plumage is quite conspicuous and can be easily distinguished from other waders in Ireland. It has white underparts, a grey head and back, and a white patch under the throat that connects to a reddish-orange patch that runs up the neck, to the side of the face.

The long, narrow protruding bill is very obvious. Its bill and legs are typically a dark grey-black.

As the male of this species is the one that looks after the hatched eggs, they are less vibrant in colouration compared to the more vibrant females.

This species feeds on various invertebrates such as plankton, crustaceans and any other aquatic invertebrates that it comes across.

It will forage for food while swimming, wading or walking on land.

Being a wader, this species can be found close to or in water such as ponds, marsh and along coastlines during migration.

This species lays a clutch of four eggs, each weighing approximately 6.3 grams. The male incubates these eggs for a period of 17-21 days. The young fledge after a period of 19-21 days.

There has been an active programme of habitat management at a site in north-west Mayo to encourage breeding but with only limited success.

Historically, the Red-necked Phalarope breed at a small number of sites, but is now confined to just a couple of breeding sites in Co. Mayo, but breeding is not successful each year. It is a scarce visitor to the western coasts of the island in spring and autumn.

The Royal Society for the Protection of Birds: https://www.rspb.org.uk/birds-and-wildlife/wildlife-guides/bird-a-z/red-necked-phalarope/