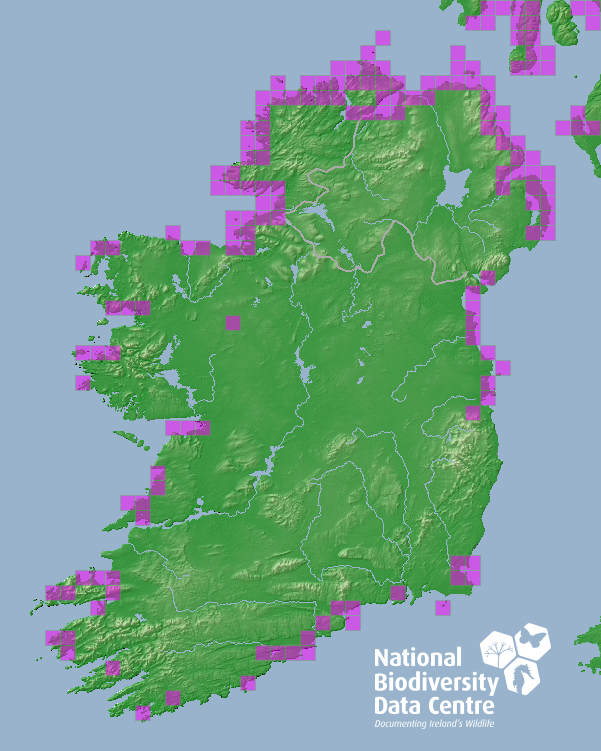 The Eider is listed as a ‘Near Threatened’ species according to the last IUCN Red List assessment in 2018. Additionally, the population trend is unknown.

The Eider is a large species of duck with a thick, short neck and long, angular bill.

The males are quite conspicuous with white upperparts and a black belly as well as a black crown and a muted green patch on the side of the face and neck.

The females are less prominent in appearance with a mottled brown body.

This diving species typically feeds on animal material such as molluscs and crustaceans.

Eider will typically be found along the seacoast or lakes close to the shore.

During the breeding season, this species lays a clutch of 4-6 eggs, each weighing approximately 110 grams, and will incubate these eggs for a period of 25-28 days.

A typical wild Eider will live for around fourteen years, with breeding occurring at three years.

The Eider is resident along north and north western Ireland where it is locally abundant but is not found further south.

Winter sees a slight increase in species numbers due to visitors but the large majority of individuals are still found along the northern coast.

The Royal Society for the Protection of Birds: https://www.rspb.org.uk/birds-and-wildlife/wildlife-guides/bird-a-z/eider/