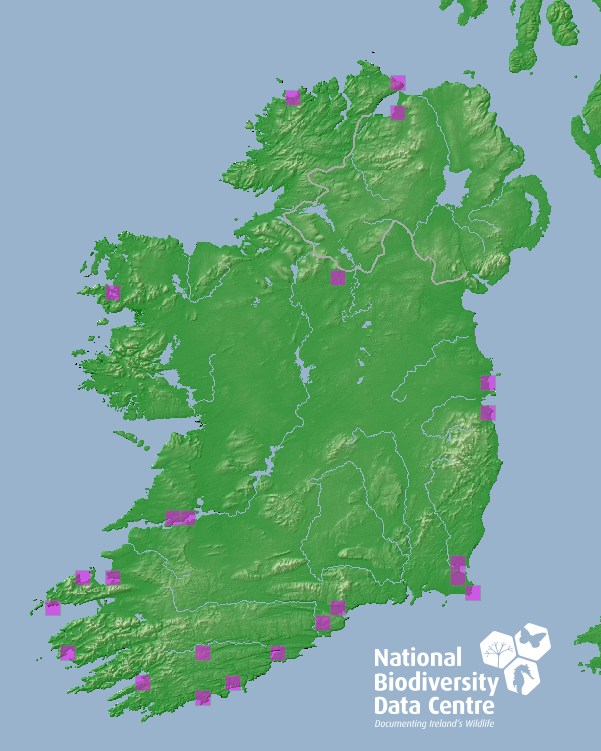 The latest IUCN Red List assessment of this species (2018) lists it as a species of ‘Least Concern’ on a global scale but population trends are unknown.

This small member of the Grebe family can be identified by its black head and neck with golden-yellow feathers on the side of its face (behind the eye) sitting on top of a mostly black body with the exception of the burnt orange-brown underparts.

The forehead runs at a steep angle, giving the impression that the head feathers end in a peak.

Can be mistaken for Slavonian Grebes during the winter (adults) but has a darker throat and a smaller white patch under the eye.

A typical Black-necked Grebe stands at approximately 28-34 cm with a wingspan of 56-60 cm and can weigh anywhere from 250-360 grams.  The male typically weighs more than the female along this weight range.

This species mainly feeds on invertebrates such as insects, small fish and some crustaceans.

Historically bread in well-vegetated lakes on the western part of Ireland.

Where breeding is feasible for this species, a clutch of 3-4 eggs weighing approximately 21 grams are laid. These eggs are incubated for a period of 20-22 days.

The Royal Society for the Protection of Birds: https://www.rspb.org.uk/birds-and-wildlife/wildlife-guides/bird-a-z/black-necked-grebe/