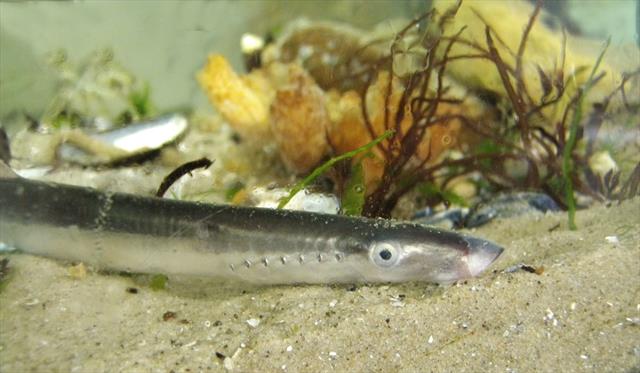 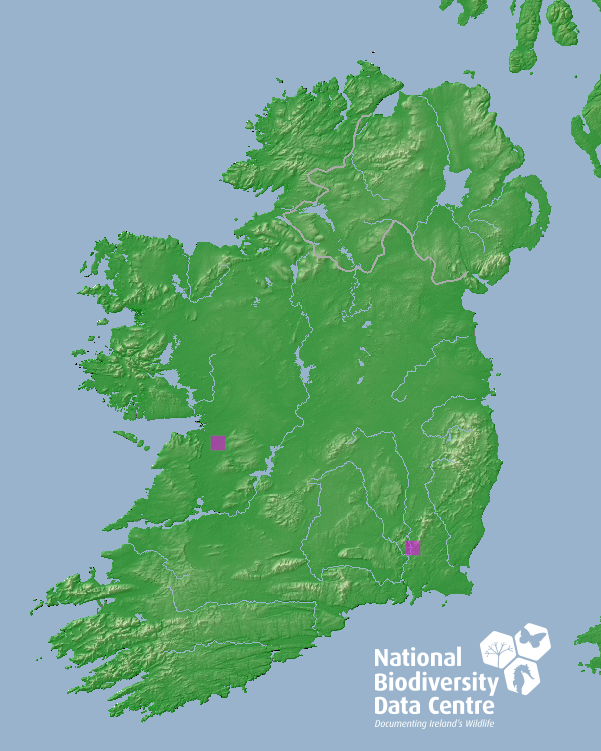 *Note that for the reporting period 2007-2012 that the River Lamprey and Brook Lamprey were assessed jointly.

Predominantly anadromous, breeding in freshwater as adults with offspring migrating to sea after a freshwater phase prior to maturation.

In the freshwater phase high quality waters are most beneficial for this species  with adults needing clean gravel beds for spawning, the ammocoetes requiring silty sands in high quality freshwater.

Spawning March-April. A redd or nest is excavated by the male in gravel substrate. Fertilisation takes place externally in the redd. Males and females die after spawning.
Ammocoetes (larvae) hatch after 15-30 days.On hatching ammocoetes drift downstream to embed in silty substrate where they live as filter feeders for up to 5 years. Metamorphosis from ammocoete to adult is described as taking up to four months.
Following metamorphisis migration to sea follows, the timing of which occurs from autumn to late spring. 12-24 months are spent at sea. From metamorphosis this species is parasitic on other fish species using teeth to attach to host.

Return to freshwater is timed from October to December.

The threat category 'Reduction in migration / migration barriers'  relates to obstruction to returning adults in accessing suitable habitat for spawning and / or limiting the natural freshwater range available for the species.

*In guidance notes for Article 17 reporting 'other wetland-related measures' can include 'restoring / improving the hydrological regime' which could include 'removal of barriers and artificial margins'.

Distribution is European from southern Norway to France including Britain and Ireland, the Baltic, and the western to middle north Mediterranean. Landlocked populations occur.

Based on surveys of adults, the species would appear concentrated in rivers in the south east with populations spread over a similar range to the Sea Lamprey (Petromyzon marinus) i.e. rivers that run in to the sea along the north, west and south coasts. Difficulties with distinguishing the young stages of the River Lamprey and Brook Lamprey (Lampetra planeri) mean that actual distribution may be different.

The National Biodiversity Data Centre is trying to improve our knowledge on the distribution of the River Lamprey in Ireland. Should you observe the species, please submit sighting to add to the database. Detailed observations will assist us gaining a better insight into where the species is most abundant in Ireland and we might also be able to detect regional variations. Please submit any sightings and photographs at:

Kelly, Fiona L. and King, James J.   (2001) A review of the ecology and distribution of three lamprey species, Lampetra fluviatilis (l.)., Lampetra planeri (Bloch) and Petromyzon marinus (l.): A context for conservation and biodiversity considerations in Ireland Biology And Environment :Proceedings Of The Royal Irish Academy,Vol. 101B, No. 3, 165 – 185)

Maitland, Peter S., (2004). Keys to the Freshwater Fish of Britain and Ireland With Notes on Their Distribution and Ecology. The Freshwater Biological Society, Cumbria.