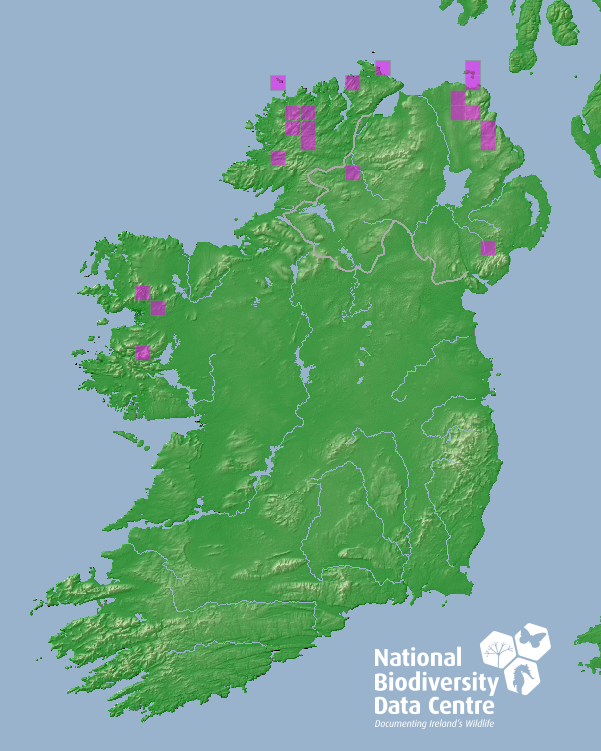 One of Ireland’s largest raptors (only outmatched by the White Tailed Eagle (Haliaeetus albicilla)).

Males are typically smaller at around 3-5kg with the larger females weighing upwards of 6kg in some individuals.

Adults are a dark brown colour with a pale patch on the upperwing and some barring on the tail.

The Golden Eagle gets its name from the golden colour of its head (may not be visible from far away).

The Golden Eagle will prey on a range of animals from mammals such as rabbits and foxes to birds such as grouse, crows and seagulls.

In addition to capturing and killing prey, the Golden Eagle feeds on carrion, should the opportunity arise.

In Ireland, Golden Eagles are commonly seen in upland areas.

This species will typically have a clutch of 2 eggs with an incubation period of 43-45 days.

This species can live up to 23 years.

The Golden Eagle has been re-introduced into Donegal in recent years. While some breeding success has been recorded since their re-introduction, significant limiting factors such as poisoning and shooting of individuals and insufficient habitat quality are an ongoing issue to date (Golden Eagle Trust Ireland, 2013).

The Royal Society for the Protection of Birds: https://www.rspb.org.uk/birds-and-wildlife/wildlife-guides/bird-a-z/golden-eagle/