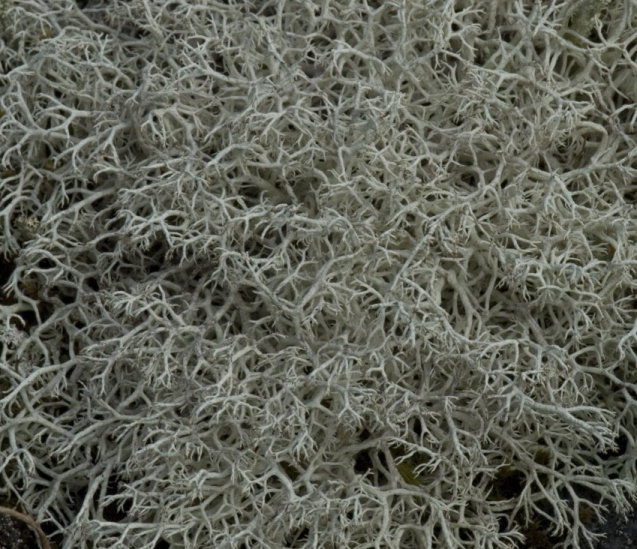 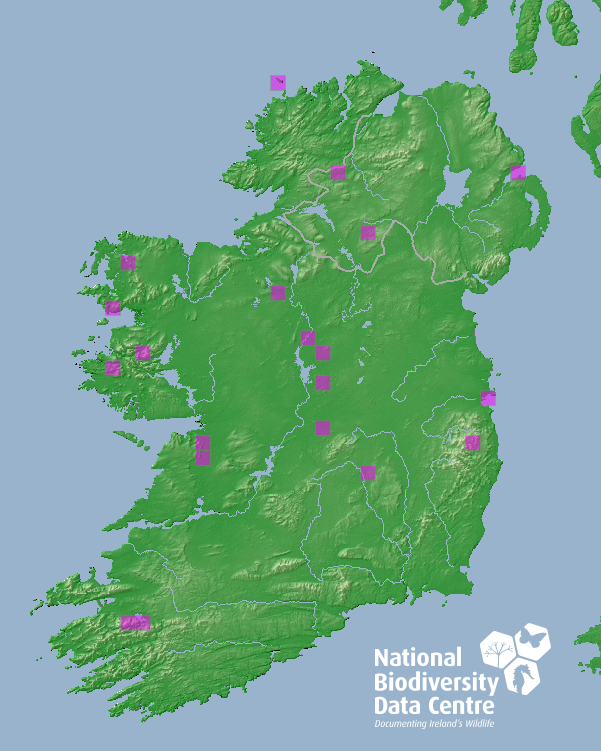 The Conservation Status in the table above is then for the entire subgenus Cladina as found in Ireland rather than for the individual species.

There is no current, published, IUCN Red Data List for Irish lichen species. While the conservation status of individual lichen species in Ireland can not be inferred from their status in Wales or England, the results of recent assessments within those jurisdictions are provided here for information.

In both the 2012 Conservation Evaluation of British Lichens and Lichenicolous Fungi, and the 2010 Lichen Red Data List for Wales Cladonia portentosa is listed as Least Concern.

The species in Cladonia subgenus Cladina are popularly known as 'reindeer moss', and these species are the much branched lichens that in Ireland are often found as balls, tufts or mats among low vegetation such as heather on blanket bogs, raised bogs and heaths or for some species among vegetation on dunes.

Although the morphology of the subgenus is distinctive, identification to species or variety level can be difficult and may involve microscopic examination and the use of chemicals in order to be certain.

In subgenus Cladina the distinctive branched, fruticose (tree- or shrub-like) growth form is preceded by a crustose stage from which the hollow, branched podetia develop. This crustose stage does not persist after the podetia have been formed.

Brown apothecia, when formed, are found at the apices of podetia.

Examination of the medulla under UV light gives a pale blue fluorescence.

Lichens are a mutualistic association between a fungal and algal partner and lichens do not reproduce sexually as such, however the lichenized fungal partner may do so.

In lichenized fungi the organs involved in reproduction are the same as in the non-lichenized forms of the fungi.

For Cladonia species the fungal partner is an ascomycete fungus. In these fungi the fruiting body in which spores are produced sexually is termed an apothecium. On dispersal the haploid 'ascospores', in order to produce another lichen, will need to come in contact with a suitable algal partner.

Asexually produced spores are produced in a flask-like structure, a pycnidium. When present these are located at the tips of podetia of lichens in Cladonia subgenus Cladina.

For species in Cladonia subgenus Cladina with many delicate, protruding branches fragmention provides a useful vegetative method of asexual reproduction.

In the Article 17 Habitats Directive reporting for the period 2007-2012 no current threats were listed for this species. In that reporting period the named Cladonia species of the Habitats Directive occurring in Ireland were given an 'Overall Assessment of Conservation Status' of 'Inadequate' due to;

Records for this subspecies appear concentrated in Britain and Ireland, the Netherlands, Denmark, the West Coast of Sweden. Scattered records from the rest of western Europe. Records also from the Canary Islands, Cameroon and South Africa.

There is another concentration of records on the west coast of North America from northern California to British Columbia and across the Aleutian Island chain, with a very few records from the eastern seaboard of North America.

Recorded from every vice-county on the island.

The National Biodiversity Data Centre is trying to improve our knowledge of the distribution of Cladonia portentosa in Ireland. Should you observe this species, please submit sightings to add to the database. Detailed observations will assist us gaining a better insight into where the species is most abundant in Ireland and we might also be able to detect regional variations. Please submit any sightings and photographs at: