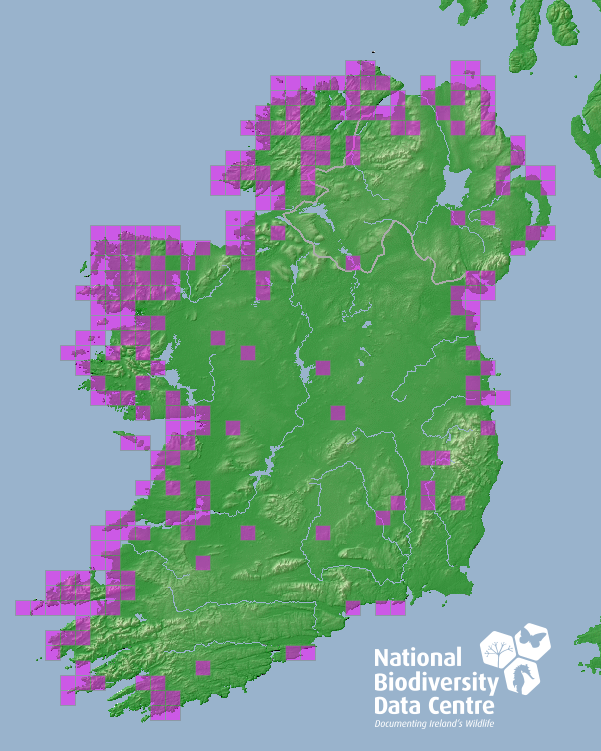 According to the last IUCN Red List assessment in 2016, the Twite is a species of ‘Least Concern’ on a global scale. A decreasing population trend has been noted however.

The Twite is a species of finch that can be identified by its brown back with streaks of dark brown-black and whitish underparts.

The head lacks the streaking that covers the rest of the body and is a plain brown-grey colour.

The Twite may be confused with the female Linnet (another finch species) but has some subtle differences such as a shorter, wider bill (for feeding on seed) and a longer tail.

A characteristic feature of the Twite is a pinkish patch that can be seen on the rump of the male.

The Twite feeds primarily on plant material such as seeds and grains but will sometimes feed on insect species (mostly the young).

This species is associated with coastal sites.

From mid-May to early-July, the female lays a clutch of 5-6 eggs and incubates these eggs for a period of 13 days. The eggs weigh approximately 1.4 grams each.

Today, this species is very rare in Ireland with the declining population confined to coastal bogs in County Mayo and County Donegal.

This species has declined because of a reduction in mixed farming, particularly the loss of small plots of vegetables and cereal in the landscape (Gilbert, Stanbury and Lewis, 2021).

The Royal Society for the Protection of Birds: https://www.rspb.org.uk/birds-and-wildlife/wildlife-guides/bird-a-z/twite/