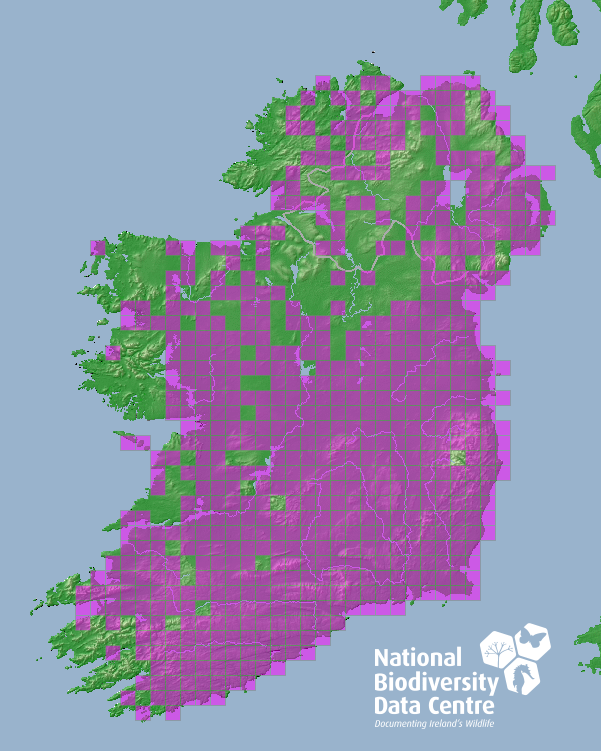 The Stock Dove was moved from an Amber listed species to the Red list due to recent declines in breeding populations across the country (Gilbert, Stanbury and Lewis, 2021).

According to the last IUCN Red List assessment in 2016, the Stock Dove is a species of ‘Least Concern’ on a global scale. Additionally, its population trend is noted as increasing globally.

The Stock Dove can be identified by its grey plumage with a pinkish breast and a metallic turquoise-coloured patch on the side of the neck.

The wings have black edges and two small black bands on the back.

They can be distinguished from a Wood Pigeon by the lack of the white band on their wing, and having a more rapid wing beat. They are similar in appearance to Feral Pigeon but Stock Dove lack the two prominent black bars on their wings and also lack a white rump.

The Stock Doves diet consists mainly of plant material such as cereal grains, grasses, fruits and seeds but they will occasionally feed on some invertebrate species.

The Stock Dove lay a clutch of two eggs, each weighing approximately 16.7 grams. The eggs are incubated for 21-33 days.

A typical wild Stock Dove lives for three years and breeds after the first year.

Its decline is thought to be a result of loss of suitable habitat due to a reduction in mixed farming practices in the west and midlands (Gilbert, Stanbury and Lewis, 2021).

Today, this species is restricted to arable farming areas in the east and south of the country (Gilbert, Stanbury and Lewis, 2021).

The Royal Society for the Protection of Birds: https://www.rspb.org.uk/birds-and-wildlife/wildlife-guides/bird-a-z/stock-dove/