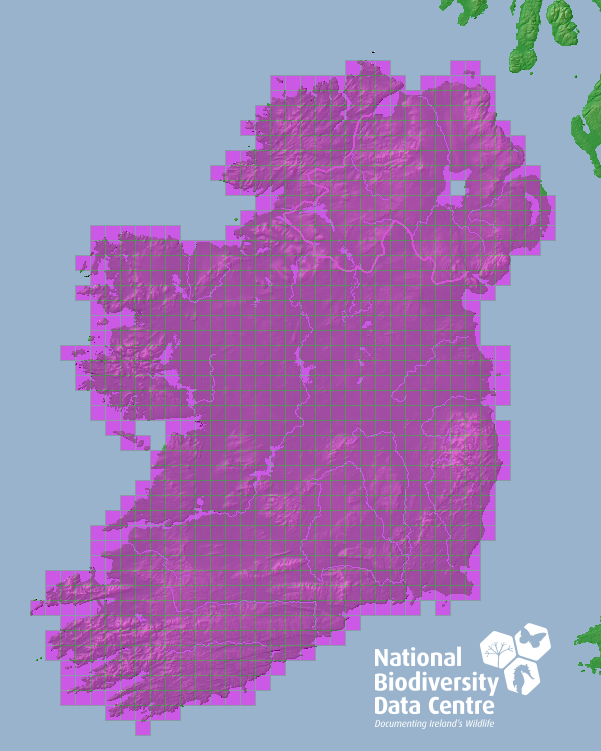 In the most recent Birds of Conservation Concern in Ireland 2020-2026 report, the Kestrel was moved from the Amber to the Red-list. This is attributable to severe declines in viable breeding populations in recent years (Gilbert, Stanbury and Lewis, 2021).

Many reasons for the decline in Kestrel have been noted such as reduced prey availability, intensification of agriculture and secondary rodenticide poisoning (Gilbert, Stanbury and Lewis, 2021).

According to the IUCN Red List, the Kestrel is of ‘least concern’ globally but the population trend is decreasing.

A Kestrel can be readily identified by its narrow, sharply pointed wings, long tail and short, hooked bill.

Can often be spotted hovering above roadside verges while it scans for prey items.

This relatively small raptor stands at approximately 34 cm in length with a wingspan of 71-80 cm.

The Kestrel will sport a brown back and inner upperwings and much darker upper outer wings. These contrasting colours are much more noticeable in flight. The underwings have dark bars running along them and the body will have many dark spots along it.

Some sexual dimorphism can be seen in this species as males have a bluish-grey head while females have a brown head. There is also differences in colouration and patterning between the upper tails of this species with the female once again sporting a duller brown colour compared to the males blue-grey.

This generalist raptor feeds on a variety of prey items from mammals such as voles, mice and shrews to small birds and even invertebrates such as insects and annelids.

Due to its ability to hover in place, combined with its impeccable eyesight, this species can spot a mammal as small as a mouse with ease and will often spot their prey along linear features such as hedgerows where mammals will pass to avoid straying into open ground.

This species occurs in different habitat types across Ireland.

Despite its ability to thrive in many habitat types, the Kestrel tends to avoid densely planted forests, and exposed mountains.

The Kestrel lays a clutch of 3-6 eggs in late April to early May. These eggs weigh approximately 21 grams.

After an incubation period of 27-29 days, the eggs hatch and the young will undergo a fledging period of 32-37 days. During the early stages of the chick’s life, the female stays near the nest while the male provides the food.

The average life expectancy for a Kestrel is four years with breeding occurring after the first year.

The Kestrel is widespread throughout Ireland and resides here throughout the year.

The Royal Society for the Protection of Birds: https://www.rspb.org.uk/birds-and-wildlife/wildlife-guides/bird-a-z/kestrel/