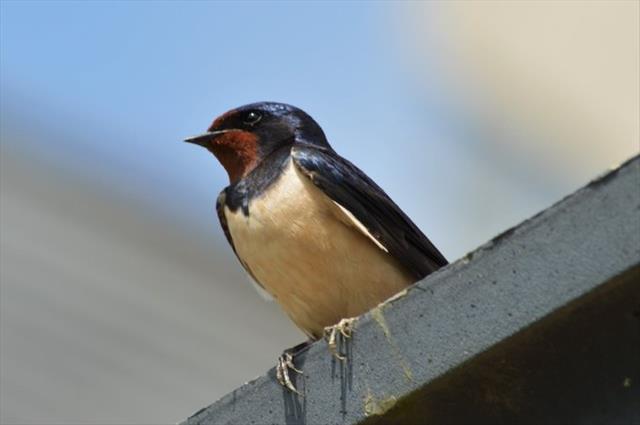 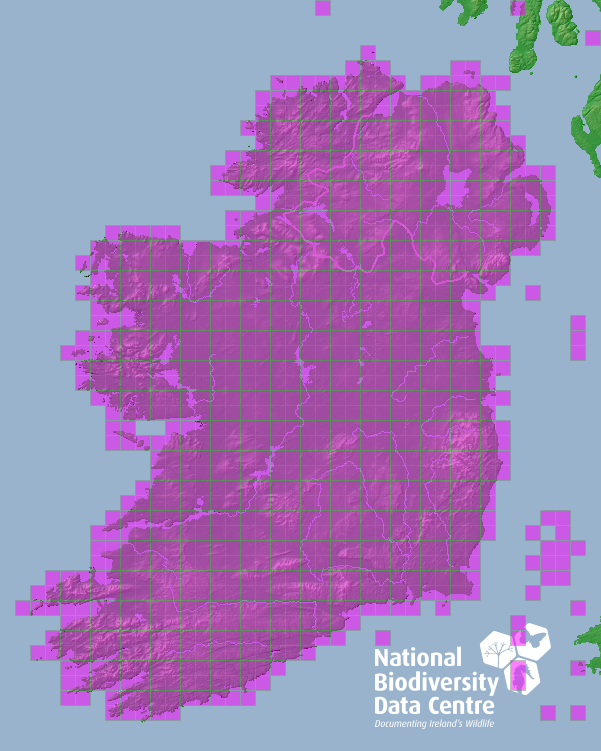 Birdwatch Ireland's Countryside Bird Survey shows that the breeding population trend of Swallow in Ireland has remained relatively stable since 1998, however the numbers that breed here from one year to the next can fluctuate greatly.  Despite these annual fluctuations the long-trem trend shows a marginal decline of 1.4% since 1998.

The Swallow is one of our most familar birds, commonly seeing flying in the sky. It has a glossy blue/black back which contrasts with its creamy white undersides. It has a distinctive and noticeably long forked tail. It has a redish face but this is usually only visible at close quarters. It is very vocal, making a series of twittering sounds both in flight and when perched. It spends most of daylight hours flying overhead.

Adults spend most of daylight hours, flying in the sky feeding on insects. They are closely assocated with farmyards, where they can be seen perched on overhead wires if they are nesting close by. Swallows build their bowl-shaped mud nests against rafters inside buildings. The similar House Martin build their nest on the outside of buildings, on soffit and fascia boards.  Large number are often seen perched on overhead wires in late summer, where the assemble to roost and prior to migrating back to Africa.

Swallow is a summer visitor to Ireland. The main populations arrive back to Ireland in April and begin to leave again in late August and September.

Swallow could be confused with three other species. The most easily confused species is with Sand Martin. Sand Martin has brown rather than blue/black plumage, but this is often not apparent under poor light conditions. Sand Martin lack the long tail feathers and have whiter underparts. House Martin are similar in appearance to Swallow, but they have a distinctive white rump, or patch, above their tail. Swift is a much larger bird, with a much more distinctive scyth-shaped wings.  It also lacks paler underparts.

Swallow is one of Ireland's most widely distributed species.