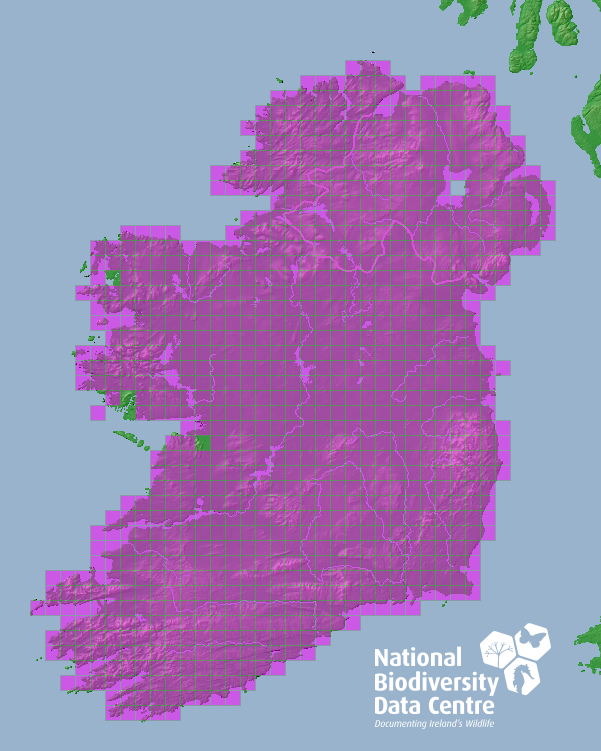 The Grey Wagtail can be identified by its grey upper parts, black throat and bright yellow under-tail.

The tail is typically longer than the yellow or pied wagtail.

The beak is a dark grey and the legs are a grey-pink colour.

The Grey Wagtail stands at approximately 18 cm in length with a wingspan of 26 cm and weighing 18 grams.

This species is insectivorous and can be seen hunting in the air or picking their prey from the soil at ground level.

This species is typically associated with fast-flowing waters such as streams and rivers but may be found near some lakes.

Most commonly found breeding near streams and rivers where a clutch of 5 eggs will be laid from late April to mid-June.

Eggs weighing approximately 1.9 grams are laid and will hatch after an incubation period of 13 days. The young fledge after 14-15 days.

This species is of ‘Least Concern’ on a European scale according to the IUCN Red List but their population trend is unknown.

Widespread resident found throughout the country.

The Royal Society for the Protection of Birds: https://www.rspb.org.uk/birds-and-wildlife/wildlife-guides/bird-a-z/grey-wagtail/