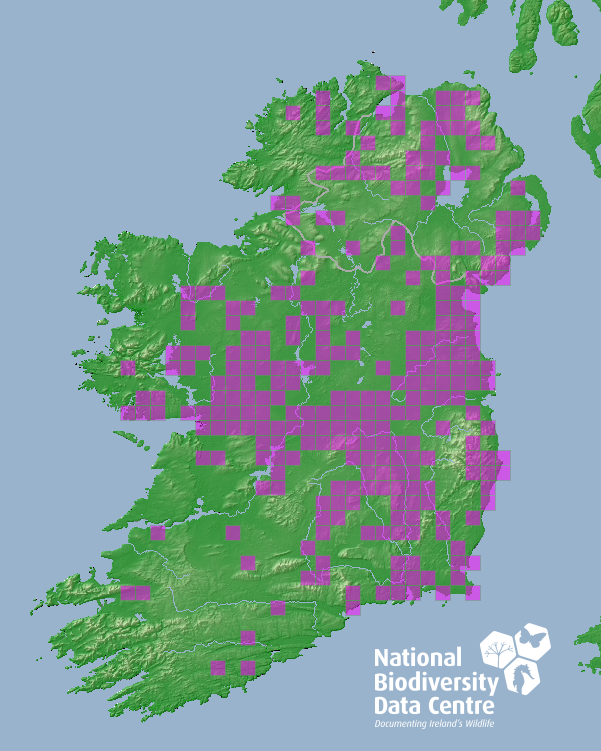 According to the last IUCN Red List assessment in 2016, the Grey Partridge is classified as a species of ‘Least Concern’ on a global scale. The population trend was noted as decreasing however.

Medium-sized game bird with a characteristic orange face in relation to its greyish-brown body, short reddish tail and marked upperwings.

It has a white belly and under tail with a brown belly patch expressed on the male and a smaller or non-existent belly patch on the female.

While it does have the ability to fly, this species will almost always be spotted on the ground unless startled.

A typical Grey Partridge stands at just 30 cm in length with a wingspan of 46 cm. They typically weigh approximately 390 grams.

In Ireland Grey Partridge is now associated with the margins of cut-away bogs in Co. Offaly.

This species lays a clutch of 13-16 eggs weighing approximately 14 grams each that will be incubated for a period of 23-25 days.

A typical wild individual will be expected to live for approximately three years, reaching sexual maturity at one year.

This species was once widespread throughout the country but has since suffered significant declines. This is a direct result of a decline in cereal growing in Ireland (Gilbert, Stanbury and Lewis, 2021).

It is thought that this species almost became extinct in recent years with the national population plummeting down to around 20 individuals.

Today, this ground nesting species only exists in a handful of small populations in lowland farmland in County Offaly.

The Royal Society for the Protection of Birds: https://www.rspb.org.uk/birds-and-wildlife/wildlife-guides/bird-a-z/grey-partridge/