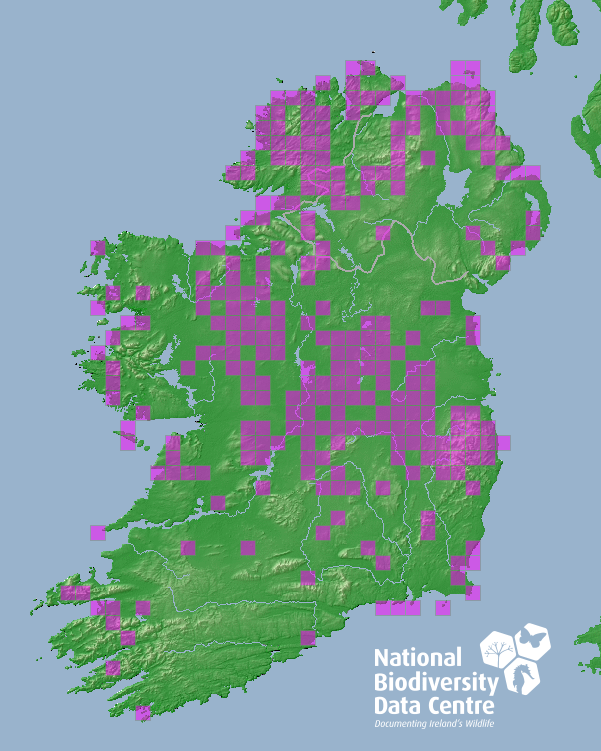 According to the last IUCN Red List assessment in 2016, the Whinchat is a species of ‘Least Concern’ on a global scale. A decreasing population trend has been noted however.

The Whinchat is a small species of passerine (perching bird) that can be identified by its brown back with streaks of black and white, orange breast with a contrasting whitish belly and a pronounced white stripe above the eye.

Adult males have a darker head with a wider supercilium and may appear quite similar to a Stonechat in terms of size and appearance. The female has a browner head and the supercilium is not as white.

Winchat primarily feed on invertebrates such as insects but will also feed on seeds and berries given the opportunity.

Whinchat are found in a variety of habitat types from uplands with bracken cover to open grasslands, meadows and scrubland habitats.

A good population of invertebrate food items is an important feature of a suitable habitat for Whinchat.

The Whinchat lays a clutch of 5-6 eggs, each weighing approximately 2.1 grams. These eggs are incubated for 13 days, and fledge after 14-15 days.

A wild Whinchat has a life expectancy of approximately two years and will breed at one year old.

The loss of marginal agricultural land and scrub is considered a significant reason for this decline (Gilbert, Stanbury and Lewis, 2021).

The Whinchat is a summer visitor to Ireland from parts of Western Africa where it spends its winters.

The Irish breeding population has declined in recent time with loss of suitable habitat playing a significant factor in their decline.

The Royal Society for the Protection of Birds: https://www.rspb.org.uk/birds-and-wildlife/wildlife-guides/bird-a-z/whinchat/