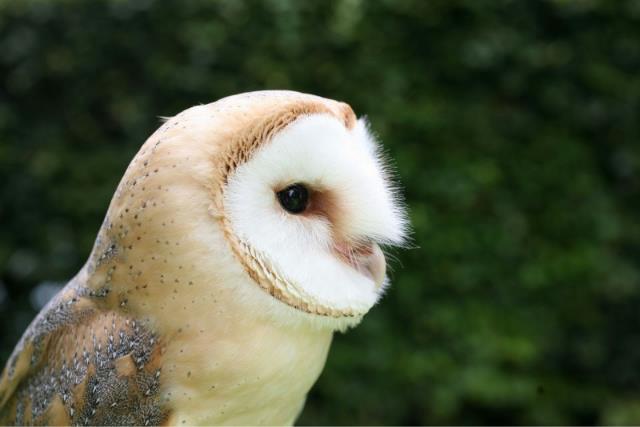 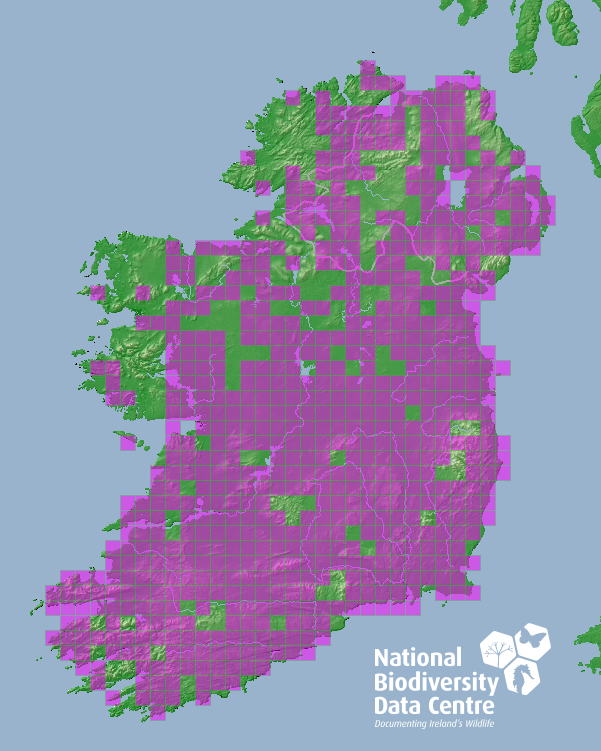 The Barn Owl has a white, heart-shaped face with a brownish back and white underparts.

When seen in flight, the observer will notice a clean white underwing with no markings. This is a key defining feature as the Long-eared owl has dark markings on its underwing.

The head, back and the wings all contain a highly defined pattern consisting of blacks, browns and white.

Standing at approximately 34 cm in length and with a wingspan of 89 cm, this species can weigh 300 grams.

This nocturnal bird of prey is rarely seen during the day.

This species feeds on a variety of animals from mammals such as mice, voles and shrews to birds and even amphibians such as frogs.

It has been shown that Irish populations have a heavy reliance on the Greater White-toothed Shrew, a non-native, invasive species as a staple food item.

Typically observed in open habitats where it will hunt prey along linear features such as hedgerows, roads and riverbanks.

Suitable breeding habitat for the Barn Owl includes dilapidated buildings and tree cavities as well as barns and sheds, in some cases.

A clutch of 4-6 eggs will be laid from late-March to early-July. A typical egg will weigh approximately 21.2 grams and will hatch after an incubation period of 32 days. The young will fledge after 63-61 days.

The average life expectancy for this species is around four years with individuals breeding after the first year.

The Barn Owl will benefit from the use of specially designed nest boxes. Many of these nest boxes have been erected by local branches of BirdWatch Ireland.

This species has been recorded as declining in Ireland in terms of its range and breeding population. Today, its numbers are restricted to central and southern reaches of the island.

The Royal Society for the Protection of Birds: https://www.rspb.org.uk/birds-and-wildlife/wildlife-guides/bird-a-z/barn-owl/