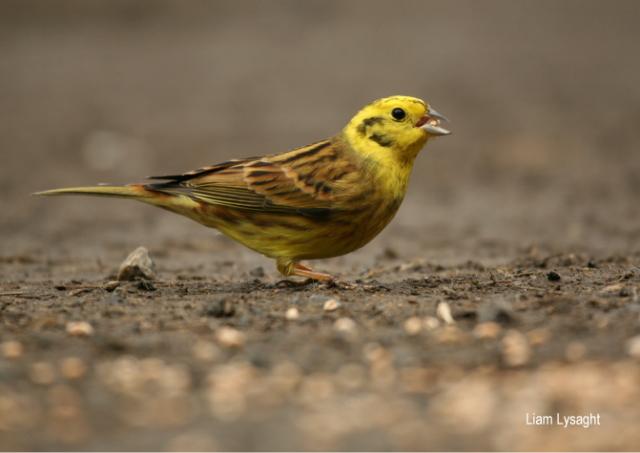 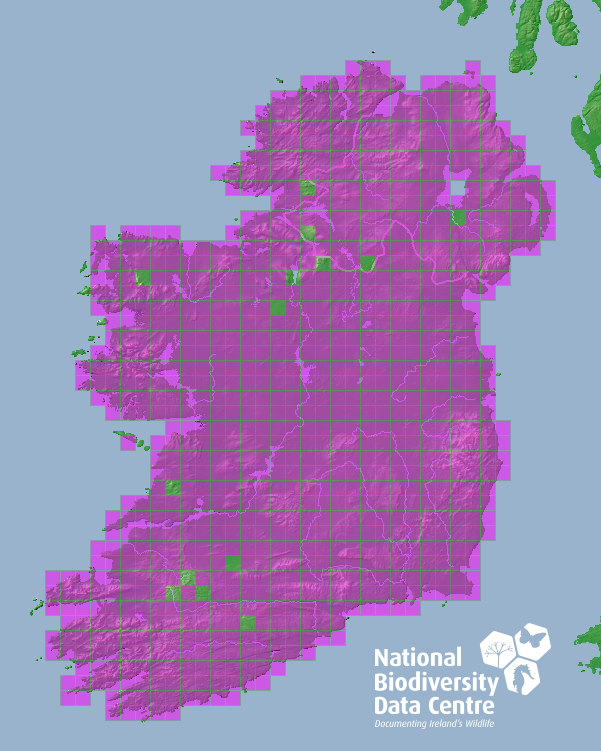 The male yellowhammer can be identified by its distinctive vibrant yellow head and underparts combined with a brown back with black streaks running through it.

Additionally, an ill-defined brown/red breast with faded black streaking can be seen upon close inspection.

This medium-sized songbird stands at a height of 16 cm with a wingspan of 26 cm and a weight of 31 grams.

An adult Yellowhammer will mainly feed on the grains produced by grasses and cereals with the young being fed various insect species.

In Ireland, the yellowhammer is strongly associated with cereal cultivation and by extension, is most commonly found in farmland, in close proximity to such crops.

This species is somewhat unique in the sense that it is one of the few species which finds low cut hedgerows more suitable for nesting purposes.

Starting in very late May, the female will lay a clutch of 3-4 eggs which typically weigh just under 3 grams.

After an incubation period of 13-14 days, the eggs hatch and the young will fledge after 13-16 days.

An average individual will have a lifespan of around three years with breeding beginning at the one year mark.

Referring to the most recent assessment of yellowhammer populations in Europe, assessed in 2015, the IUCN Red List classifies this species as ‘Least Concern’ both globally and on a European level. It does however state that the population is decreasing in Europe.

Historically, this species was widespread throughout the country but has suffered declines due to the decrease in cereal crop cultivation in Ireland.

Due to this decline, the majority of the yellowhammer population is confined to the east and south of Ireland.

The Royal Society for the Protection of Birds: https://www.rspb.org.uk/birds-and-wildlife/wildlife-guides/bird-a-z/yellowhammer/