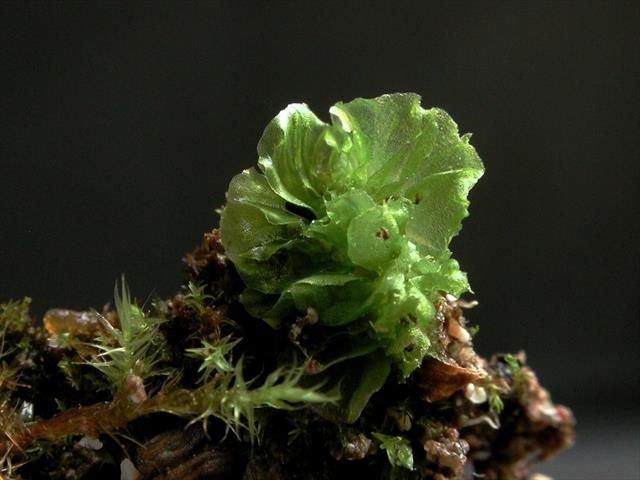 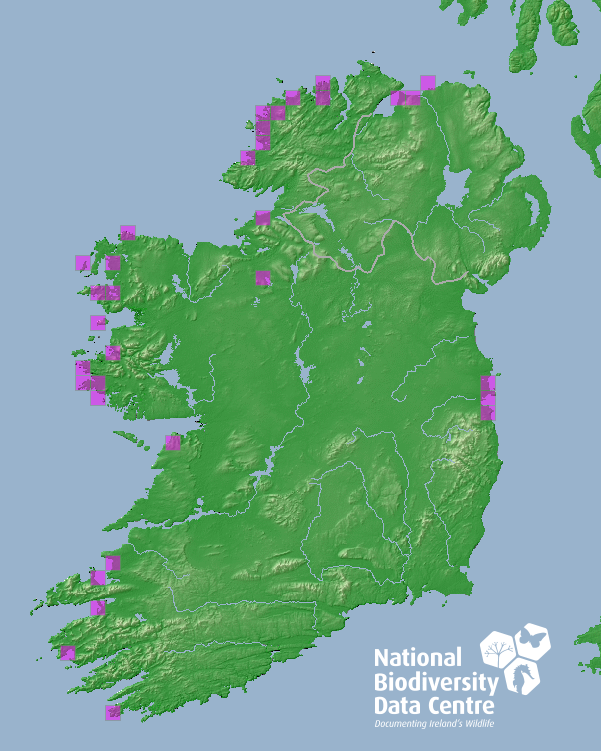 *Although not published separately, an evaluation of 'Vulnerable' at a European level is indicated in the Ireland Red List No.8: Bryophytes. This evaluation was carried out under the auspices of the European Committee for Conservation of Bryophytes.

Thalloid liverwort which grows in a rosette that is usually under 1.5 cm diameter. The thallus has many upright, parallel lamellae which are thin (1 cell) and leaflike and spread across thallus from the mid-rib out, giving an overall appearance of a miniature lettuce. Very distinctive but can be confused with Fossombronia spp.however most of those have distinctive purple rhizoids, those of Petalophyllum ralfsii are pale brown or colourless.
Dioecious.

Petalwort appears to be more suited to damp rather than permanently wet ground. More likely to be found on bare ground or in very short grass in base rich, calcareous situations. Mostly, but not exclusively, coastal.

In the Article 17 Habitats Directive reporting for the period 2007-2012 there are no threats or pressures identified.

It is noted in the assessment that undergrazing of sites can lead to the species being out-competed, however this undergrazing is a localised occurence.

It is noted in 'Rare and Threatened Bryophytes of Ireland' that due to the habitat where it is primarily found there is are potential threats which include;

In the 2012 Irish Red List for Bryophytes the following were suggested as Conservation Actions.

Scattered distribution in western Europe, Mediterranean and North Africa. It has also been recorded in North America but this may in fact be a different species.

Global distribution mapping for Petalophyllum ralfsii is not currently available via the GBIF mapping service.

Distribution is generally limited to the west coast of Ireland with a small distribution of the coast of Dublin.

The National Biodiversity Data Centre is trying to improve our knowledge on the distribution of Petalophyllum ralfsii in Ireland. Should you observe the this species, please submit sightings to add to the database. Detailed observations will assist us gaining a better insight into where Petalophyllum ralfsii is most abundant in Ireland and we might also be able to detect regional variations. Please submit any sightings and photographs at:

Paton, Jean A.(1999) The Liverwort Flora of the Bristish Isles. Harley Books.