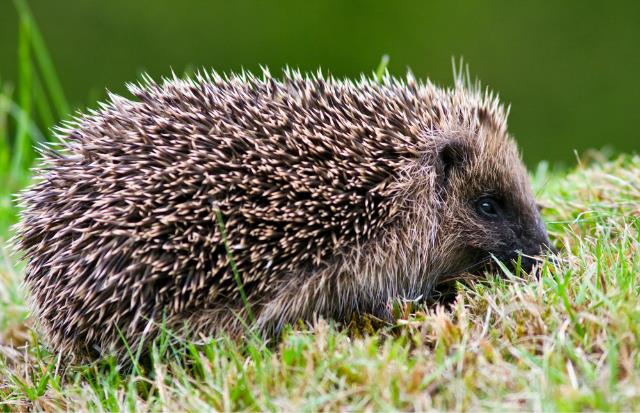 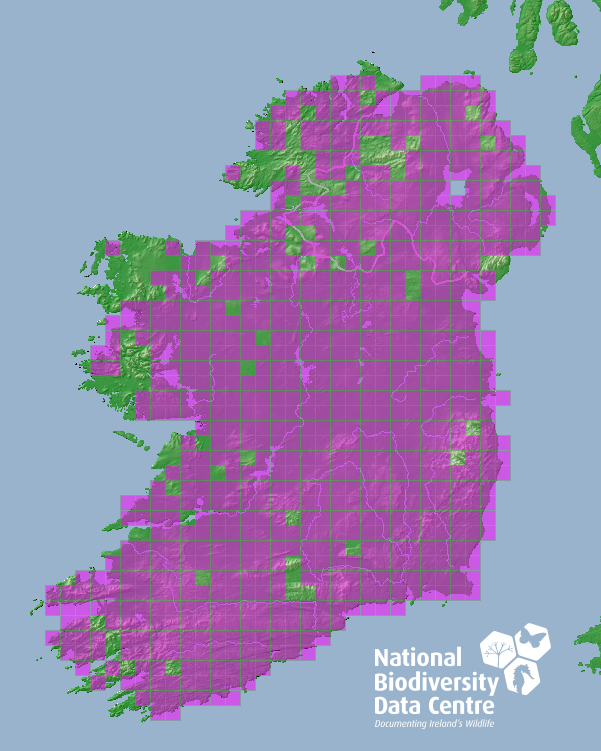 Unmistakable as it is the only Irish mammal with a spiny coat. Its entire upper body surface is covered by thousands of pointed spines, except for its face and crown.

The diet of the hedgehog consists almost entirely of ground-living invertebrates. The principal prey items include caterpillars, beetles and earthworms, but they will eat any prey they encounter such as earwigs, slugs, snails, millipedes, spiders and so forth. Occasionally they also eat birds' eggs and carrion. Hedgehogs never cache food, even in winter.

Hedgehogs are strongly nocturnal; animals occasionally seen by day are usually ill or have been disturbed from their daytime refuge. They rest up by day in nest sites, dome-shaped homes covered with brushwood, bramble and leaves. They also use old rabbit burrows and under garden sheds. Nests tend to be occupied for a short time before they move on to another location. They are not strongly territorial, and can roam more than 1km at night searching for food. Males tend to roam further than females at night, particularly when they are sexually active. Breeding takes place between May and July, and females generally have a single brood of 4 to 6 young. The young begin to leave the nest at about 22 days and are weaned at 4 to 6 weeks. Animals hibernate during the winter months from October to March, initiated by low temperature. Adult males begin earliest and females later, with some younger animals remaining active until December. Animals do not remain in a constant torpor through the winter months; arousal is normal and animals sometimes even move to new hibernation sites. The average life span is three years.

It is considered to be present in all lowland habitats where there is sufficient food to eat and ground cover for nesting, and commonest where grassland abuts mixed woodland and scrub. It appears to avoid coniferous woodland, blanket bog and other wet areas.

It is widespread throughout Ireland but may be locally absent in some parts of the west. It is frequently encountered in both sub-urban and rural gardens, and sadly all too often as road traffic casualties. Approximately 75% of all records of sightings submitted to the Atlas of Mammals in Ireland project are of road casualties.