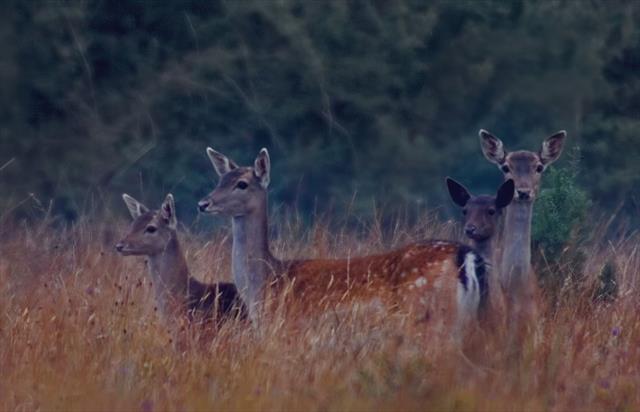 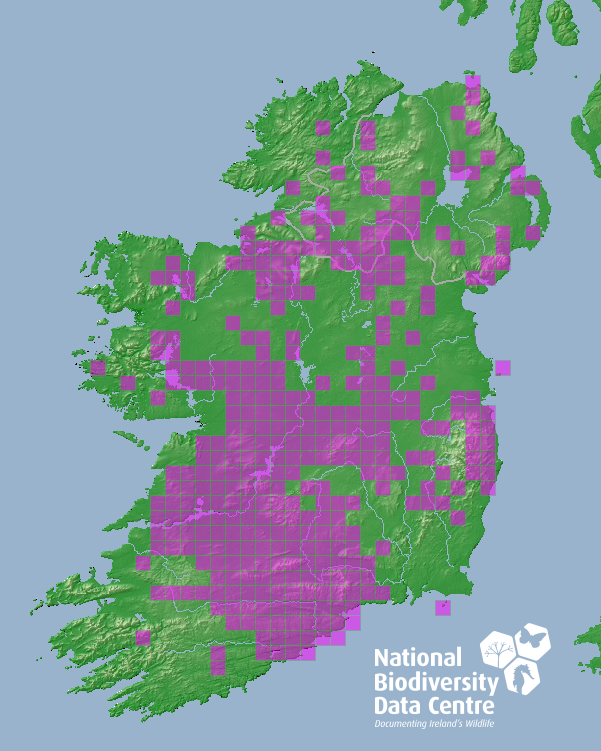 Specified provisions of Regulations 49 & 50 in the European Communities (Birds and Natural Habitats) Regulations 2011 in Republic of Ireland apply to this species (NB Regulation 50 not yet commenced).

Grazer of woodlands as well as feeding in agricultural lands (Langbein et al., 2009), fallow deer have the potential to influence natural, agricultural and forestry habitats in a variety of ways however due to the long history of naturalisation no known quantitative value of impacts are available.

Introduced into Ireland by the Normans for food and hunting, they were subsequently kept in 'deer parks' on large estates from the 14th century on but escaped into the wild and are now occur in every county in Ireland (Langbein et al., 2009; Lever, 2009).

Woodland species, they are found in mature woodland, mixed woodland and coniferous plantations but will emerge to graze on agricultural land using the woodland as cover (Langbein et al., 2009). Still found in some parks, including the Phoenix Park in Dublin.

Established - Widespread. Species underwent a 174% range expansion between 1978 and 2008 (Carden et al., 2010). Concentration of records in Clare, Limerick and east Cork/Waterford with few records from the corners of the country, south west, south east, Donegal and to lesser extent Antrim may be a true distribution or an artefact of recording effort. Review of the distribution of deer in Ireland in (Carden et al., 2010).

Due to the long history of introduction, extending back to the Romans, the original native range is unknown but thought to be Turkey, Iran and the Balkan peninsula, with the only truly natural population now confined to Turkey (Masseti & Mertzanidou, 2008). Widely introduced elsewhere.

Deer are legally protected in Ireland and can only be hunted during certain periods and under licence. The exception to this is the invasive Muntjac deer (Muntiacus reevesi) which has a year round open hunting to allow for control of the species. Contact National Parks and Wildlife Service for more information.