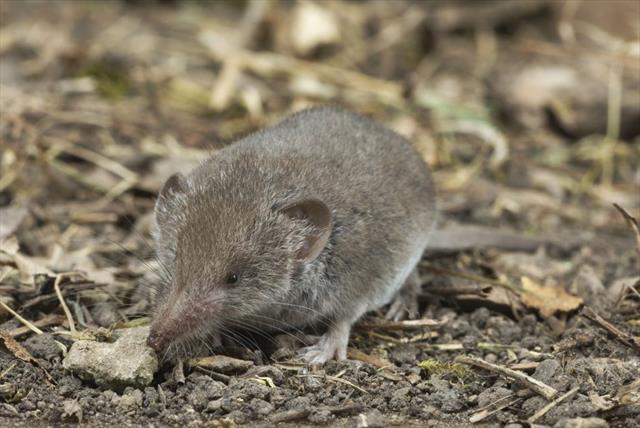 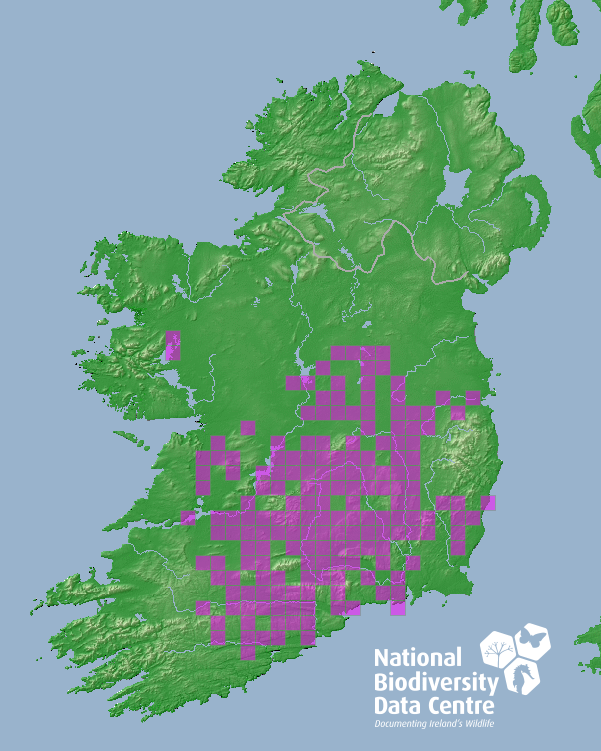 Larger than the native pygmy shrew (Sorex minutus), greyish or reddish brown in colour with prominent ears and long, white hairs on the tail (Churchfield,2008).

Feeds on a wide variety of invertebrates (Churchfield, 2008). Studies have shown that it has a negative impact on the abundance of wood mouse (Apodemus sylvaticus)and the occurrence of the pygmy shrew, though the mechanism is unclear (Montgomery et al., 2012), with the pygmy shrew completely absent at sites where C. russula is established. It appears to a positive impact on the occurrence of the bank vole (Myodes glareolus), which may contribute to the effects on the other two species.

It is not known at present how this species entered Ireland but it is thought to have been present since at least 2001, despite only being reported in 2008.

Competition, Interaction with other invasive species, Other

Native range extends from central Germany to Iberia and into Northern Africa (Churchfield, 2008)