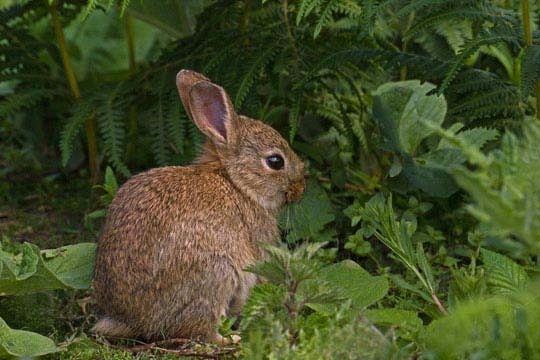 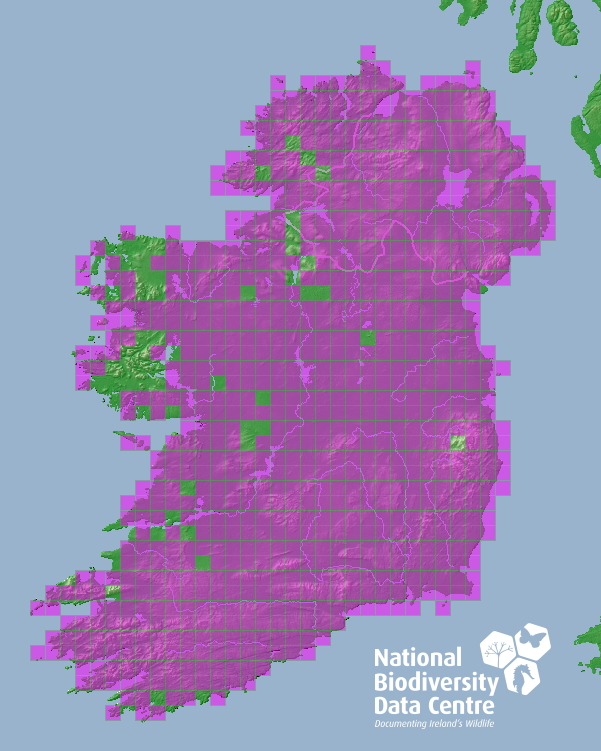 Thought to have the largest economic impact of any introduced animal in Britain & Ireland (Lever, 2009), they eat a wide variety of cereals, roots, horticulture and commercial forestry species and the damage to British agriculture is estimated at £115 million (Cowan & Hartley, 2008; Lever, 2009). The Irish Hare survey of 2006/2007 found there was a negative relationship between the number of hares seen and the abundance of rabbits (Reid et al., 2007a) and their is a strong dietary overlap between rabbits and hares (Wolfe et al., 1996) and some agri-environment schemes targeting hares may alter the habitat to benefit rabbits rather than hares (Reid et al., 2007b). However foxes, stoats, red kites buzzards, a number of owl species and golden eagles are all thought to rely on rabbits as a food source to varying degrees (Lever, 2009).

Extended breeding season with a succession of litters produced from January to August, with 3-7 kits at a minimum interval of 30 days between litters (Cowan & Hartley, 2008).

The earliest reference to rabbits in Ireland is a charter to Hugh de Lacy in Connacht granting him the rights to keep warrens in 1204 (Veale, 1957). While the history of the introduction of rabbits is relatively well documented the timing of their escape and naturalisation is less well known, though by 1635 at a park in Wexford "there are too many, so as they pester the ground" (Lever, 2009).

Short grassland, either natural (dry heaths or machair) or closely grazed agricultural pastures with secure refuges (burrows, hedgerows, woodland) nearby is the most preferred habitat of rabbits (Cowan & Hartley, 2008), though they also occur on sand dunes, in woodlands, though not in coniferous plantations (Cowan & Hartley, 2008; Lever, 2009; Marnell et al., 2009)

Established - Widespread & Common, possibly more common in eastern and south western parts of the country (Reid et al., 2007). No population estimate exists for Ireland but it is thought to be stable, after accounting for natural fluctuations (Marnell et al., 2009).

Invasive Species Specialist Group (ISSG) of the SSC- Species Survival Commission of the IUCN -International Union for Conservation Nature consider the rabbit one of the 100 Worst Invaders globally.