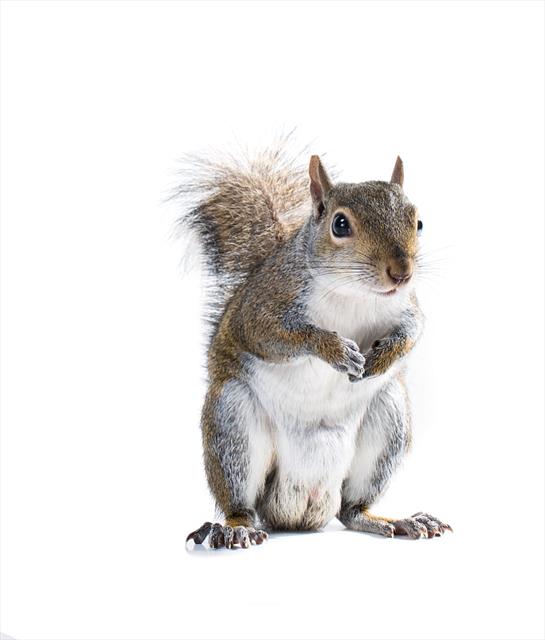 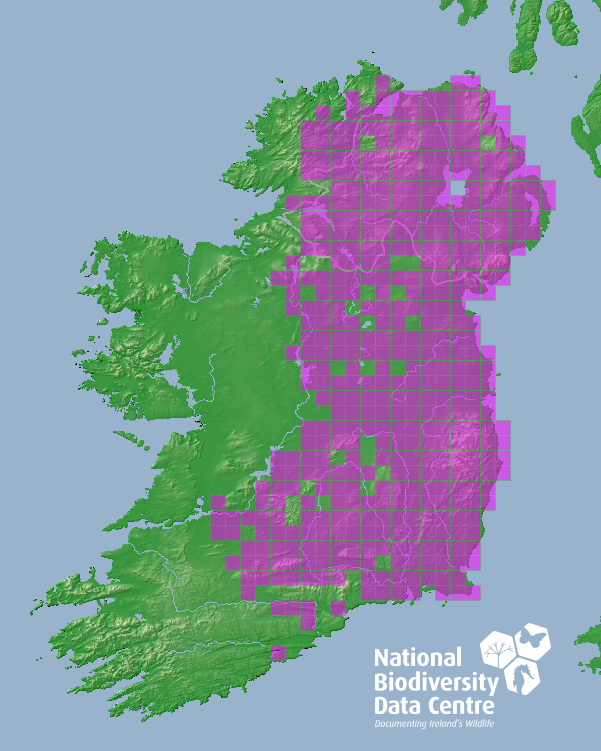 Omnivorous, feeding mainly on seeds and plant material, though they will consume bird eggs and nestlings it is not known if this constitutes a significant proportion of their diet.

Furthermore grey squirrels have introduced an endoparasite Strongyloides robustus and the prevalence of it and a native endo parasite of red squirrels were higher in areas with grey squirrels than red only areas (Romeo et al., 2015).

Released at Castle Forbes in Co. Longford in 1911, they have since naturally dispersed across the country at an estimated rate of 0 km/year to an 13.4 km/year, with various rivers and other geographical barriers slowing dispersal (O Teangana et al., 2000). They are seemingly restricted to the east of the country by the river Shannon, though this is likely to be the result of other factors than an inability to physically cross the river.

Eradication of this species is not possible and it is estimated that the numbers of Sciurus carolinensis and the damage caused by it in its introduced range will remain at its current levels (Bertolino et al., 2014).

Control should be carried out at the end of February and monthly until the end of May (Lawton, undated). It should be noted that the species will recolonise an isolated wood within 3 months and a non-isolated site within 1 month. The timing of the control is therefore critical to minimise damage to trees.

The use of warfarin, an anticoagulant, can only be considered in areas where native Red squirrels (Sciurus vulgaris) and Pine marten (Martes martes) are absent. 0.02% warfarin bait should be used and gloves should be worn at all times (Mayle et al., 2007). Specialised 'grey squirrel only hoppers' should be used, distributed at 1 per hectare. These help to prevent access by both smaller and larger animals (Lawton, undated). The use of warfarin is not usually considered humane by the general public.

Shooting is usually recreational and rarely removes more than a small percentage of the population (Lawton & Rochford, 2007).

Live trapping ensures only the targeted species is removed. S. carolinensis is readily trapped in the spring (Rooney and Hayden, 2002). This method is very effective but labour intensive (Lawton, undated). A period of 4 or 5 days of pre-baiting (whole yellow maize is most effective) is required to accustom the animals to being fed from the traps. Trapping should then proceed for 4-5 days. Trapped animals can then be euthanised. (Mayle et al., 2007).

This method is considered to be more humane by the general public. However, a cost-effective and species-specific product has yet to be developed

Chemical repellents, tree guards and fencing have all been tried unsuccessfully (Lawton, undated).

Predominately found in woodlands, either semi-natural or coniferous, but also found in parks and urban areas (Gurnell et al., 2008).

Native to Canada and the United States.

Invasive Species Specialist Group (ISSG) of the SSC- Species Survival Commission of the IUCN -International Union for Conservation Nature 100 Worst Invaders globally. Delivering Alien Invasive Species In Europe (DAISIE) project list this as one of the 100 Worst Invaders in Europe. The collective name for a group of squirrels is a scurry, though as they are predominately solitary animals scurries rarely occur.

Sheehy, E., & Lawton, C. (2014). Population crash in an invasive species following the recovery of a native predator: the case of the American grey squirrel and the European pine marten in Ireland. Biodiversity and Conservation, 23(3), 753-774.