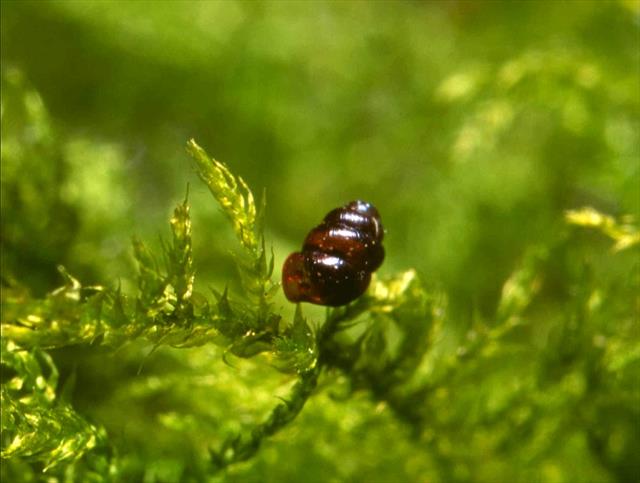 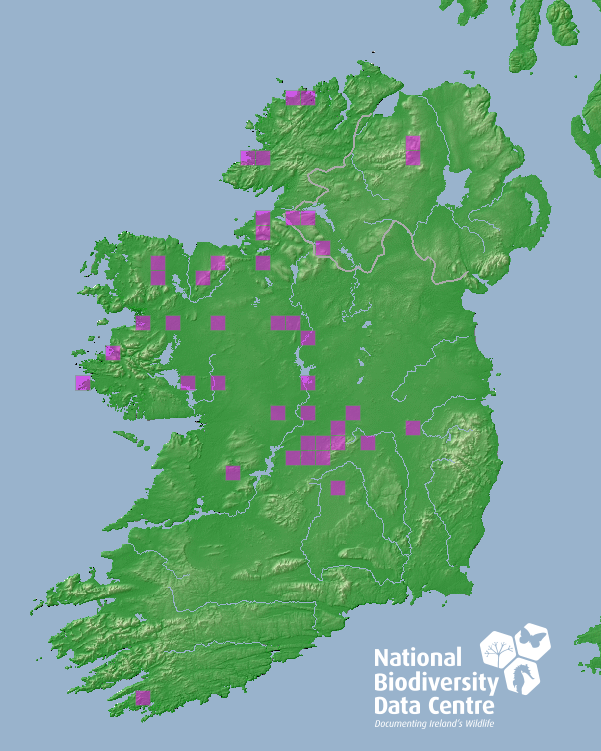 Geyer's Whorl-snail, Vertigo geyeri has a black head and tentacles and a glossy, dark brown shell with fine striations.

Shell size is to 2 mm only. Shell mouth is to the right of the shell (dextral), with 4 teeth obvious at the shell mouth. The lip of the shell is relatively small and is not connected to teeth by pale, opaque 'callosities' (thickenings of the shell).

Habitat for this species is invariably calcareous flushes. These can occur in other calcareous habitats or in otherwise predominantly acid habitats. Within this the snail is most often found among the wet, decaying roots of sedges and among mosses. Habitat is usually open, maintained as such through constant wetness and / or light grazing.

There is little available research on reproduction in Vertigo geyeri.

In the European IUCN Red List Assessment for Vertigo geyeri, in addtion to threats that match those identified in the Article 17 report 2013 for Ireland, the following were all identified as threats at a European level;

In the Article 17 Habitats Directive reporting for the period 2007-2012 no Conservation Actions were outlined other than;

Found throughout British Isles and in Scandinavia (mostly Sweden). Isolated populations also occur in Central Europe. The species is very habitat specific and the Irish population is important in a global context.
Source: Byrne A. et al 2009

Accuracy of world distribution shown in theGlobal Biodiversity Information Facility (GBIF) map below will be constrained by, amongst other factors, data held butnot shared by countries and organizations not participating in the GBIF.

The National BiodiversityData Centre is trying to improve our knowledge on the distribution of Geyer's Whorl Snail in Ireland. Should you observe this species, please submit sightings to add to the database. Detailed observations will assist us gaining a better insight into where Geyer's Whorl Snail is most abundant in Ireland and we might also be able to detect regional variations. Please submit any sightings and photographs at:

All records submitted online can be viewed on Google Maps – once checked and validated these will beadded to the database and made available for conservation and research.