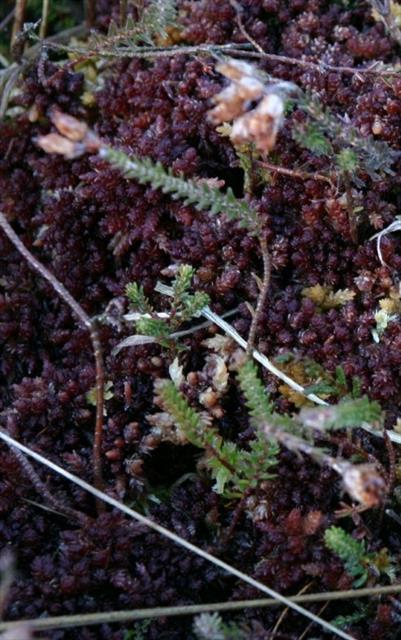 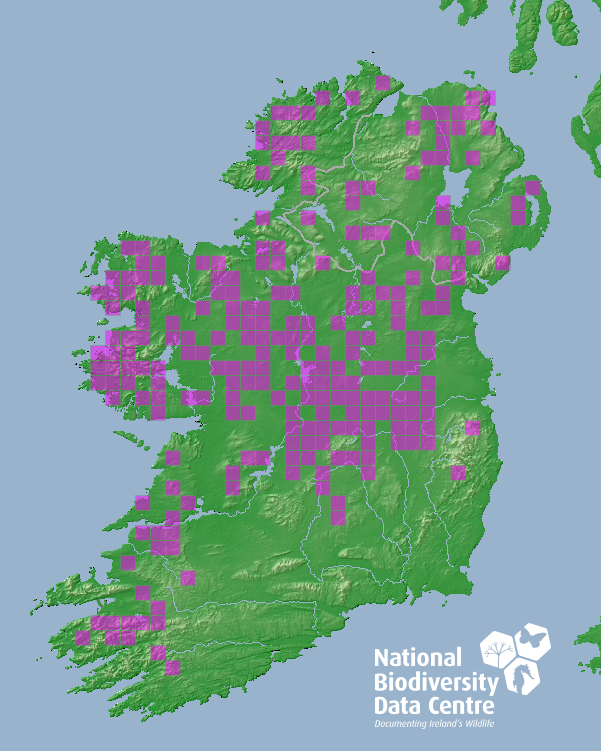 Sphangnum magellanicum is one of a group of Sphagnum species (Section Sphagnum) in which the stem has a wide outer cortex to inner pith ratio (outer cortex occupies about 1/3 or more of the diameter).

Within this group Sphagnum magellanicum may often have, particularly in well lit situations, a capitulum and spreading branches coloured claret red. Equally plants may be green but with splashes of claret red or in shaded conditions, entirely green.

The National Biodiversity Data Centre is trying to improve our knowledge of the distribution of Sphagnum magellanicum in Ireland. Should you observe this species, please submit sightings to add to the database. Detailed observations will assist us gaining a better insight into where the species is most abundant in Ireland and we might also be able to detect regional variations. Please submit any sightings and photographs at: