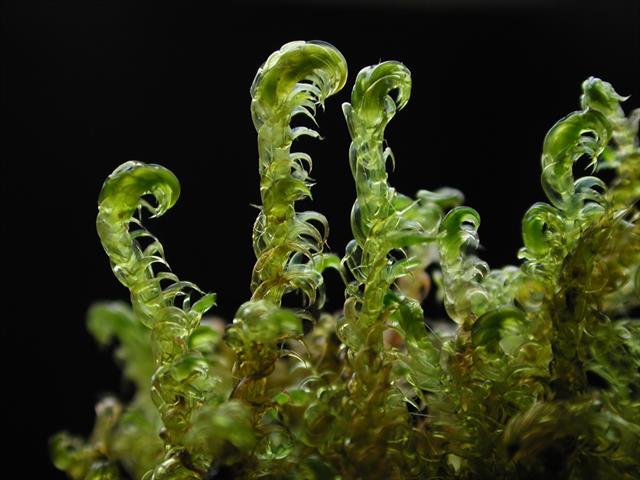 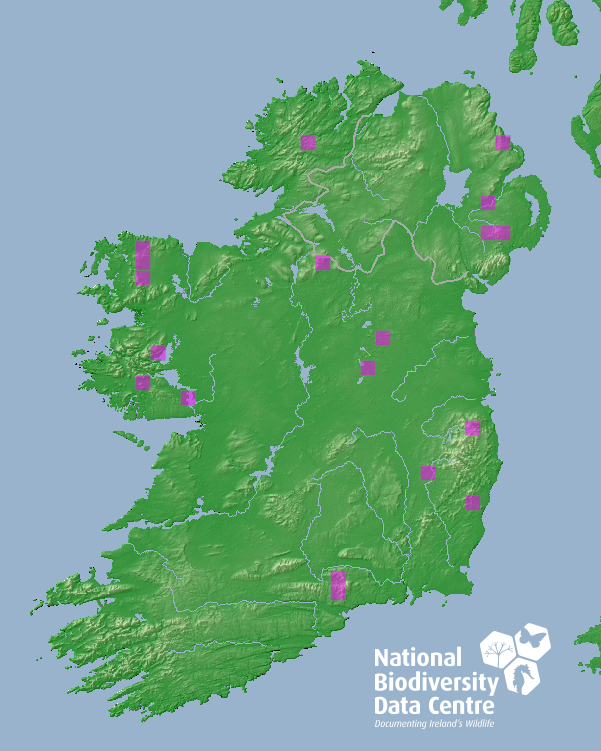 *Although not published separately, an evaluation of 'Vulnerable' at a European level is indicated in the Ireland Red List No.8: Bryophytes. This evaluation was carried out under the auspices of the European Committee for Conservation of Bryophytes.

Pleurocarpus (branching) moss . Shoot-tip has hooked appearance. Branches are generally held at ninety degrees to stem. Overall a medium-sized to robust species. Habit varies from upright to sprawling. Leaves 2-3mm in length. Leaf veins extend to between 50% to 75% the length of the leaf.  Leaves taper gradually from a broad base to a point that is strongly recurved.TLeaves are pleated, their bases often streaked red which lends the appearance of a reddish hue to branches. The redness at leaf base (not always present) can be useful as a guide to identification in the species most usual habitats.Capsules rare in Ireland.

Transition mires, and mineral rich (but not necessarily calcareous) flushes in bogs and fens.

In Ireland the sporophyte generation of Hamatocaulis vernicosus is rarely, if ever, produced. Other non-sexual methods of reproduction apart from by fragments are not known.

In the Article 17 Habitats Directive reporting for the period 2007-2012 no threats or pressures were identified at the Hamatocaulis vernicosus sites examined.

The species account for Hamatocaulis vernicosus in Lockhart, N., Hodgetts N., and Holyoak D., 2012a indicates that the following have contributed to the loss of populations in the past, and that these activities have the potential to threaten populations still;

In the Article 17 Habitats Directive reporting for the period 2007-2012 Conservation Measures in place or being implemented during the period consisted of;

In the Irish Bryophyte Red List 2012 Conservation Actions needed are listed as;

The species appears to have a widespread but relatively scattered distribution. Heavier densities are found throughout Scandinavia, and there are a few locations through Britain, Ireland and mainland Europe. It appears to occur at low densities throughout North America and there are records from the north west of South America.

Widespread, apart from southwest, but scarce.

The National BiodiversityData Centre is trying to improve our knowledge on the distribution of Hamatocaulis vernicosus in Ireland. Should you observe the species, please submit sightings to add to the database. Detailed observations will help us gain a better insight into where Hamatocaulis vernicosus is most abundant in Ireland and we might also detect regional variations in distribution. Please submit any sightings and photographs at: