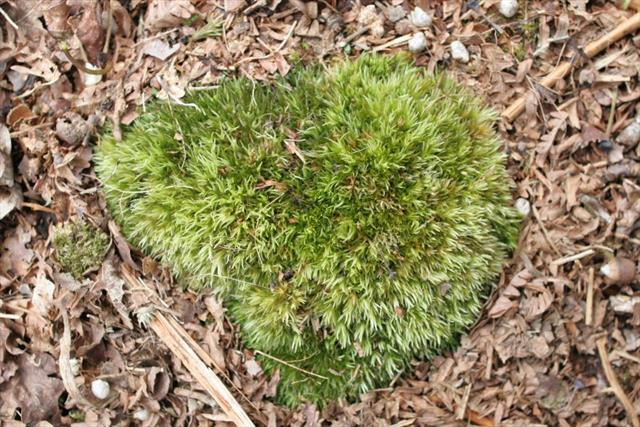 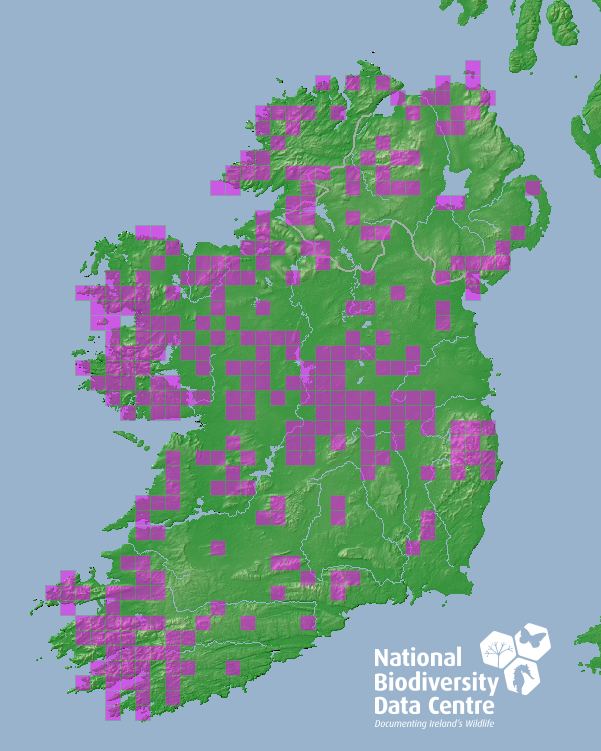 A fairly remarkable species. This can form very large hummocks to 50cms high and to 1m across but usually smaller. Leaves are between 6 and 9mm long and largely composed of the central nerve or 'costa'. Leaves are un-toothed. Hummocks have a glaucous green look when wet, greenish white when dry.

Leucobryum glaucum is strongly calcifuge. Other than that it has a broad ecological range. It occurs in wet and dry acid woodlands, as well as bogs, heaths and poor fen.

In Ireland the sporophyte generation of Leucobryum glaucum is rarely produced. Other non-sexual methods of reproduction apart from by fragments are not known.

In the Article 17 Habitats Directive reporting for the period 2007-2012 no threats or pressures were identified for Leucobryum glaucum.

In the Article 17 Habitats Directive reporting for the period 2007-2012 no Conservation Measures in place or being implemented were identified for Leucobryum glaucum.

In the 2012 Irish Bryophyte Red List no Conservation Actions were listed for Leucobryum glaucum.

Distribution is shared between parts of mainland Europe, Scandinavia the British Isles and eastern North America with relatively isolated records in South America and Asia.

Widespread distribution throughout Ireland with a stronger concentration of records towards the west coast and in the centre of the country.

The National BiodiversityData Centre is trying to improve our knowledge on the distribution of Leucobryum glaucum in Ireland. Should you observe the the species, please submit sightings to add to the database. Detailed observations will assist us gaining a better insight into where Leucobryum glaucum  is most abundant in Ireland and we might also be able to detect regional variations. Please submit any sightings and photographs at: