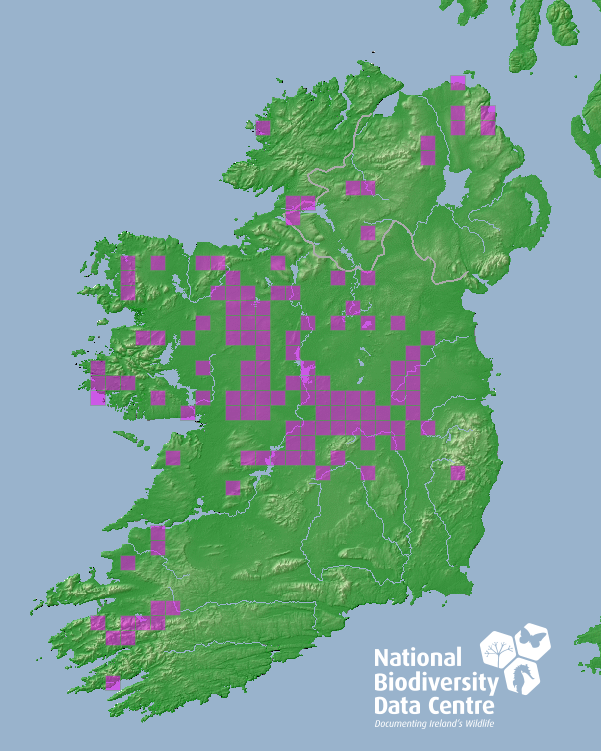 Sphangnum austinii is one of a group of Sphagnum species (Section sphagnum) in which the stem has a wide outer cortex to inner pith ratio (outer cortex occupies about 1/3 or more of the diameter).

Boreo-temperate. European records are concentrated in Norway, Sweden, Britain, Ireland and Denmark. There are also records from the north-east and north-west coasts of North America.

Most records are from the mid-lands, with some from south, north and mid-west and north-west. Currently no records south east of a line from Arklow to Kenmare.

The National Biodiversity Data Centre is trying to improve our knowledge of the distribution of Sphagnum austinii in Ireland. Should you observe this species, please submit sightings to add to the database. Detailed observations will assist us gaining a better insight into where the species is most abundant in Ireland and we might also be able to detect regional variations. Please submit any sightings and photographs at: