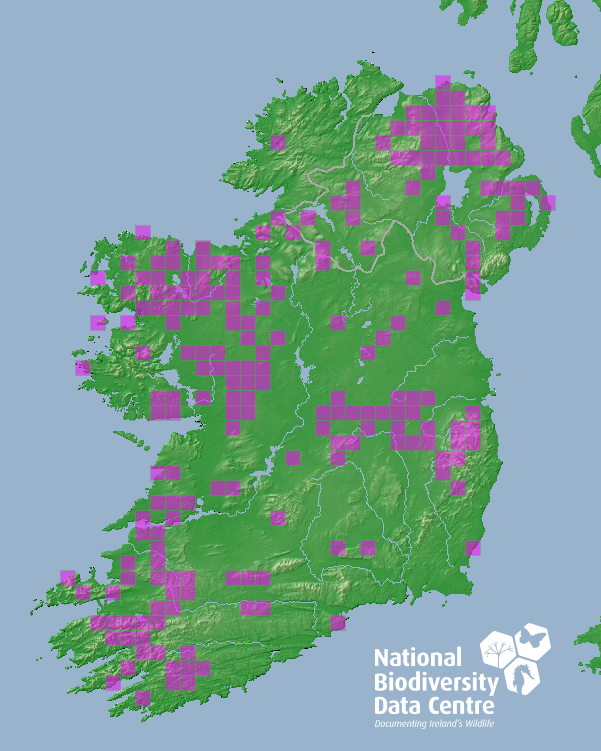 Sphagnum capillifolium is one of a group of twelve Irish Sphagnum taxa (including 4 subspecies) that are often referred to collectively as section Acutifolia. In this group the defining characteristics are primarily microscopic e.g. that branch leaves have up to 3 large pores (between 8µm and 30µm) on the underside, and that chlorocyst shape is approximately triangular, the base of the triangle most visible from the upperside of branch leaves.

Within this section Sphagnum capillifolium at a species level has the following characteristics;

Subspecies rubellum has the following characteristics. Note that it can appear quite similar to S. Warnstorfii.

Sphagnum capillifolium ssp rubellum would appear to be fairly widespread in Ireland and common in suitable habitat.

The National Biodiversity Data Centre is trying to improve our knowledge of the distribution of Sphagnum capillifoium ssp. rubellum in Ireland. Should you observe this subspecies, please submit sightings to add to the database. Detailed observations will assist us gaining a better insight into where the species is most abundant in Ireland and we might also be able to detect regional variations. Please submit any sightings and photographs at:

In some areas these two subspecies are treated as separte species.