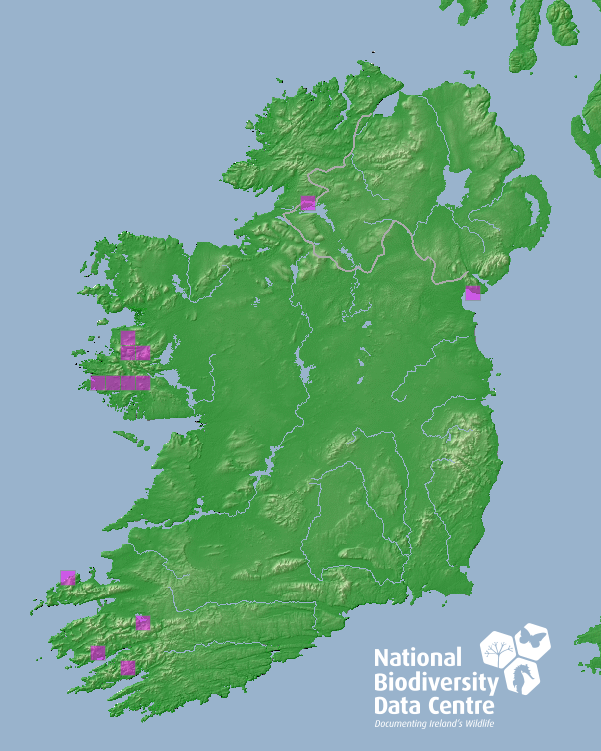 Sphagnum subsecundum  is one of a group of five Irish Sphagnum  species that are often referred to collectively as section Subsecunda. In this group the defining characteristics are primarily microscopic e.g. that branch leaf pores are = 6µm and, depending on species, the  stem cortex is between 1 and 3 cell layers thick.

Sphagnum platyphyllum, in addition to the characteristics outlined above may vary in colour from green to yellowish or olive green or beown or a mixture of these. Sources: Atherton, I., Bosanquet, S., Lawley, M., 2010; Smith, A.J.E. 2004.

S. platyphyllum is the most base demanding species of the Sphagnum genus occuring in Ireland.

Rare and local records from Burren and the south west.

The National Biodiversity Data Centre is trying to improve our knowledge of the distribution of Sphagnum platyphyllum in Ireland. Should you observe this species, please submit sightings to add to the database. Detailed observations will assist us gaining a better insight into where the species is most abundant in Ireland and we might also be able to detect regional variations. Please submit any sightings and photographs at: