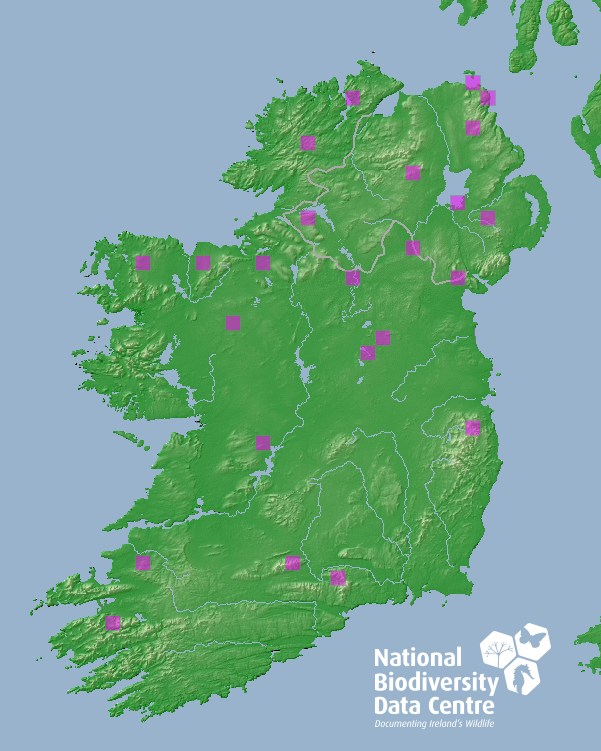 Sphangnum teres is one of two Irish Sphagnum species that are often referred to collectively as section Squarrosa. In the field these two species normally look quite different from each other.

In Rare and Threatened Bryophytes of Ireland it is suggested that while there is no evidence for decline of Sphagnum teres, areas of suitable habitat may have been lost due to drainage activities. It is suggested there that the conservation status of the species be monitiored.

In the 2012 Irish Red List of Bryophytes by the same authors it is suggested that there should be;

The National Biodiversity Data Centre is trying to improve our knowledge of the distribution of Sphagnum teres in Ireland. Should you observe this species, please submit sightings to add to the database. Detailed observations will assist us gaining a better insight into where the species is most abundant in Ireland and we might also be able to detect regional variations. Please submit any sightings and photographs at: