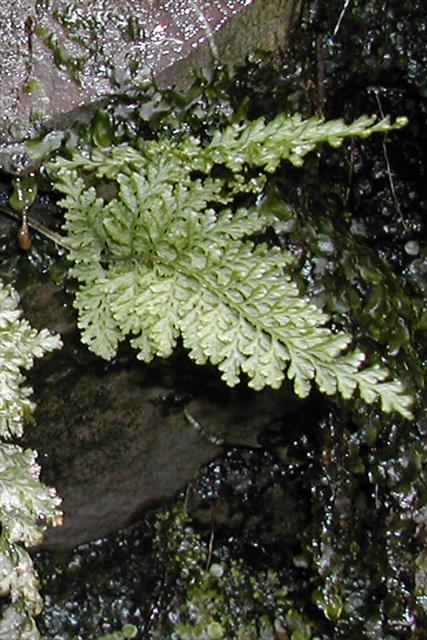 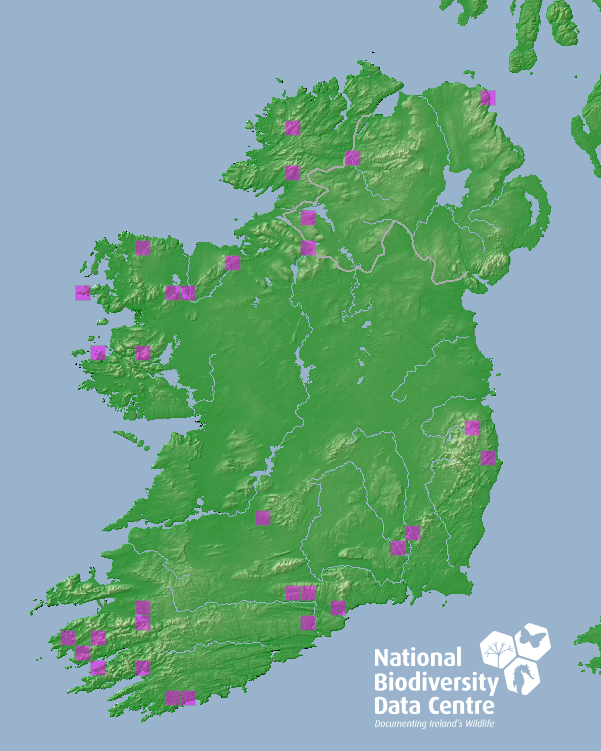 One of a small number of native ferns whose sporophyte has translucent leaf blades as, apart from veins, the blades are only one cell thick.

The Killarney Fern (Trichomanes speciosum) is the only native fern with translucent leaves whose sporophyte has fronds over 10cms, usually 10-20cms (including frond stalk).

The rhizome of Killarney Fern is thicker than other native fern species that have translucent leaf blades (Hymenophyllaceae family, both other species of the genus occuring in natively in Ireland have thin, hair-like rhizomes).

The mid-rib of the Killarney Fern is winged for much of its length, the mid-ribs of the other two native  Hymenophyllum species are not.

The Killarney Fern is generally a plant of almost permanently moist / humid, sheltered situations. Low light intensity is a typical feature of where it is found. Usually a species of acidic rock faces, it does grow on trees once the light intensity, shelter and moisture conditions are met.

In the Killarney Fern, spores are ripe usually in July September, however in the Britain and Ireland spores are rarely produced.

Unusually for a fern the gametophyte generation is filamentous, and can persist at sites in the absence of the sporophyte generation due to the ability to produce gemmae, an asexual method of propogation.

In the Article 17 Habitats Directive reporting for the period 2007-2012 no Conservation Measures in place or in the process of being implemented during the period were listed for this species other than;

Limited distribution worldwide, found mostly in Ireland, British Isles and the west of Europe. Other recorded populations include the islands of Madagascar and the Canaries, Indonesia and Malaysia.

Widespread but sparse distribution away from the flat central plains. Greater focus in the south / south west of the country with smaller pockets  of records in the west, north and east. Some records wil be for gametophyte only.

The National Biodiversity Data Centre is trying to improve our knowledge on the distribution of the Killarney Fern (Trichomanes speciosum) in Ireland. Should you observe the species, please submit sighting to add to the database. Detailed observations will assist us gaining a better insight into where the species is most abundant in Ireland and we might also be able to detect regional variations. Please submit any sightings and photographs at: