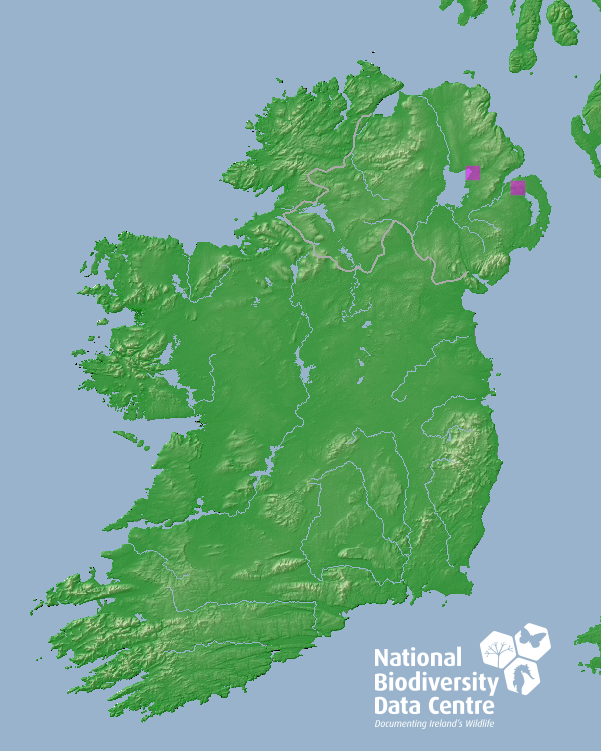 Outcompetes and crowds out native vegetation at site in Lough Neagh (Reynolds, 2002). Southern most range of the species in Europe appears to be in Poland (Grzybowski & Kruk, 2015) suggesting the climatic conditions in much of Ireland may be unsuited to it and are likely to become less suitable in future.

Clonal plant and all root stocks within a population may have the same genotype (genes) (Grzybowski & Kruk, 2015), it spreads through stolons (Preston et al., 2004).

Rare garden escape, Reynolds records 4 sites were it has been present, with only the Lough Neagh site seeming to persist (2002). Introduced into gardens due to the distinctive 'shuttle-cock' shape (Preston et al., 2002). As the population at Lough Neagh has been established but not spread since the 1920s (Reynolds, 2002) the likely vector for dispersal is human mediated, by secondary introductions from garden plants.

Established - Rare & Localised. Only recorded established population is on the shores of Lough Neagh where it has been present since the 1920s (Reynolds, 2002).

Despite the common name "ostrich fern", this species is native to the Cold Temperate and Boreal regions of North America, Europe and Asia, though absent from the western, northern and southern most parts of Europe (Odland et al., 2006). Introduced into Britain in 1760 (Preston et al., 2004).