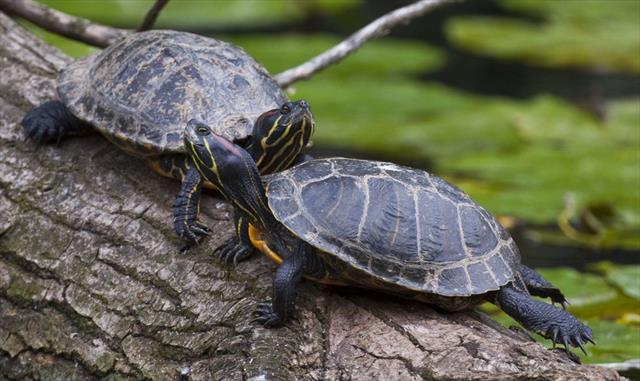 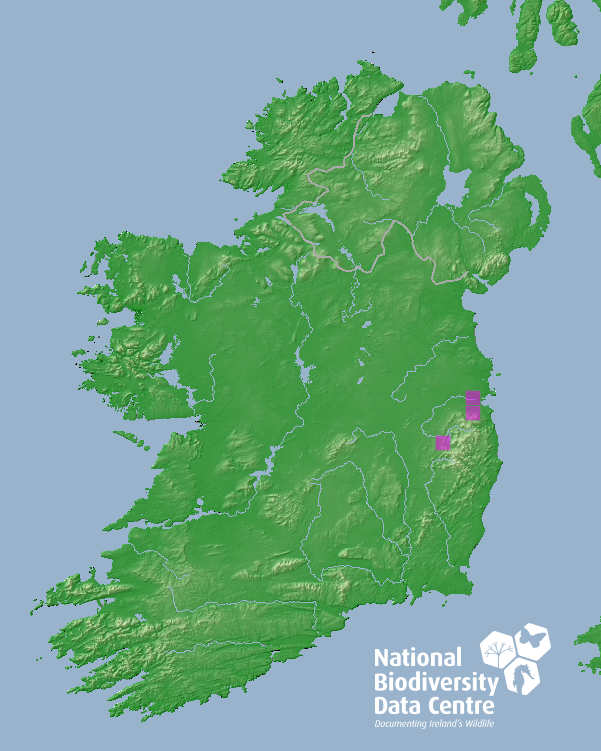 The import of this species into the EU is prohibited under the Wildlife Trade Regulation (Council Regulation 338/97) of the European Union.

Medium sized freshwater turtle with red patches on the side of the head. Can be confused with the yellow bellied slider (Trachemys scripta scripta), which has yellow patches, though the species are extremely similar.

Omnivores the ecological impact of T. scripta elegans in Europe is unknown though they are thought to impact negatively on native turtles in a number of regions in Europe (Meyer et al., 2015; Scalera, 2009), the United States (Pearson et al., 2013) and Asia (Ramsay et al., 2006) and have introduced novel parasites to native turtle species (Meyer et al., 2015). As no native turtles species occur in Ireland any impact would likely to be on ecosystem functioning and general biodiversity. Pond studies in the United States have shown ponds with turtles have significantly higher pH, accumulation of sediment, leaf litter decomposition rates and abundance of invertebrates specifically Hemiptera and Ephemeroptera (Lindsay et al., 2013). They may predate on amphibians, small mammals and birds (Scalera, 2009) though this has not been measured outside of its native range.

Species is succesfully breeding in Italy (Crescente et al., 2014), Serbia (Dordevic & Andelkovi, 2015) and southern France (Cadi et al., 2004) with a breeding occuring in July with a mean brood of 4.3 (Crescente et al., 2014). Temperatures in excess of 20 degrees for 50-100 days are thought to be required for successful incubation of eggs, which are unlikely to occur in Ireland for the foreseeable future .

Most widely exported pet reptile with 52 million exported from the USA between 1989-1997 (Scalera, 2009). Since the ban on importation into the EU, the closely related  T. scripta troostii, T. scripta scripta and the snapping turtle (Chelydra serpentine) have largely replaced this species in the pet trade. Turtles are generally sold as hatchlings and "unsuspecting turtle owners are rarely prepared to maintain large adults (up to 30 cm carapace length) in captivity for up to 50 years" (Pauline et al., 2009), with turtles release into the wild generally in urban areas.

Found in slow flowing freshwater habitats with soft bottoms and an abundance of aquatic vegetation (Scalera, 2009).

Widely introduced in Asia, Europe and Australia T. scripta is now present on every continent except Antartica (Scalera, 2009).

Present in the wild - Three individuals have been recorded from the Phoenix Park between 2003 and 2012 suggesting that the species can survive in Ireland but not breed.

Report any sightings of turtle species to the National Biodiversity Data Centre. Never release unwanted pets into the wild.

Invasive Species Specialist Group (ISSG) of the SSC- Species Survival Commission of the IUCN -International Union for Conservation of Nature consider this species of the 100 Worst Invaders globally.