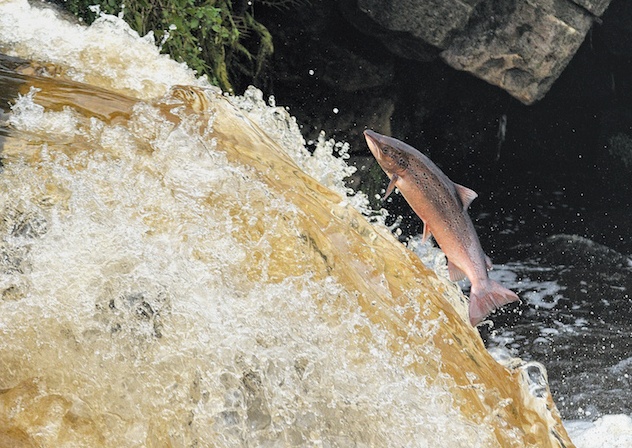 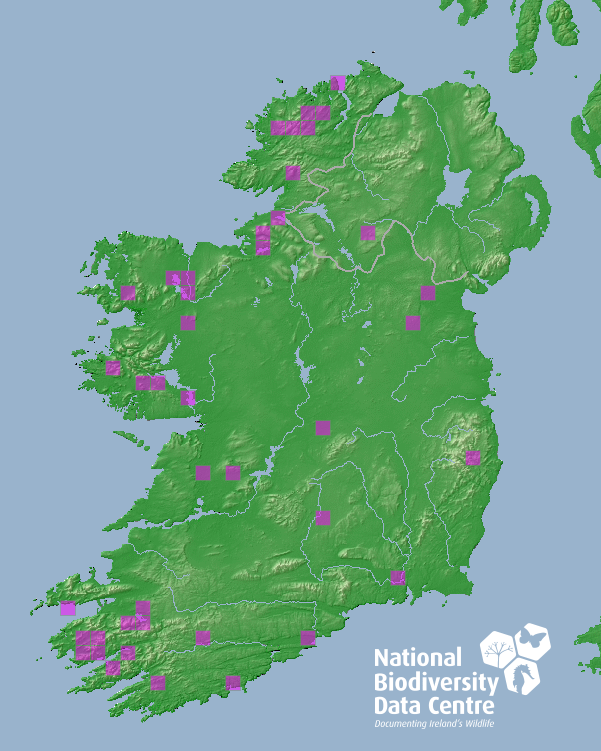 *It is acknowledged on the IUCN website that this this assessment is in need of updating.

In trout parr the 'fingerprint' blotches are much less distinct and the red spots are more scattered about the lateral line, and         more numerous. The tail fin in salmon parr is more deeply forked. Salmon parr will only have 4, usually less, spots on gill         cover, trout parr have more.

Spawning occurs between late Autumn and early Spring mostly in November and December. Female fish excavate a redd, or nest, in gravel or cobble. Most adults die after spawning.

Fertilised eggs may take between 70 and 160 days to hatch. Hatched eggs progress from alevins (newly hatched with egg sac still attached), through fry, then parr and smolt stages prior to migration to sea. Most time is spent as parr and in Britain the usual period spent in freshwater from hatching to migration to sea can take between 1-3 years,, which may be similar in Ireland. In other regions this time can be longer. Most of this time is spent in the parr stage. Prior to migration to sea the parr undergo various physiological changes, the most obvious being in colouration, prior to moving from freshwater to sea for the first time. In Ireland this is timed for Spring.

Some individuals return to freshwater in the year following initial migration to sea. These are termed 'grilse', and generally return in the summer months. Other may spend 2-3 years before returning, usually in the spring and are known as 'spring salmon'.

It is rare for adults, particularly males, to spawn more than once however it does happen that following spawning some adults will migrate to sea again and return within the following 18 months to spawn again.

The 2011 Irish Red Data Book assessment also identified as a threat to the species.;

which may be covered by the Article 17 Threat category 'Modification of hydrographic functioning, general'.

In the Article 17 Habitats Directive reporting for the period 2007-2012 Conservation Actions in place or being implemented during the period were;

Widespread in large and medium river systems in Ireland.

The National Biodiversity Data Centre is trying to improve our knowledge on the distribution of the Atlantic Salmon in Ireland. Should you observe the species, please submit sightings to add to the database. Detailed observations will assist us gaining a better insight into where the species is most abundant in Ireland and we might also be able to detect regional variations. Please submit any sightings and photographs at: