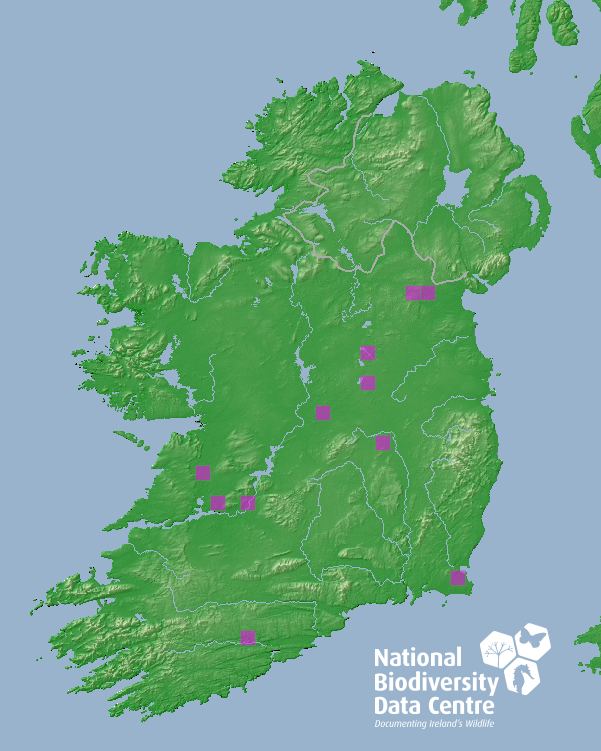 Third Schedule listed species under Regulations 49 & 50 in the European Communities (Birds and Natural Habitats) Regulations 2011. (Note: Regulation 50 not yet enacted). Republic of Ireland: protected by Coarse Fish bye-law No. 806, 2006: maximum 4 fish per angler per day; no killing of coarse fish > 25cm.

Carp are omnivorous and typically feed on the bottom of shallow lakes (Bolton, 2004), but due to the presence of the species in parts of Ireland for long periods and its inability, in most cases, to naturally increase its population it is difficult to quantify its impacts (King et al., 2011). Carp show differing preferences to aquatic plants, while macrophytes (aquatic plants large enough to be seen with the naked eye) differ in their ability to resist herbivory (Miller & Provenza, 2007), meaning any impacts in freshwater ecosystems were it is present would be difficult to detect. Impacts of carp invasion in a restored lake in United States was found to be related to density of carp (Bajer et al., 2009). For 5 years the carp biomass was >30 kg/ha and had no effect on plant cover or waterfowl in the lake (90% cover and 150,000 individuals) but once values increased above 100kg/ha a 50% decline in plant cover and waterfowl numbers were detected (Bajer et al., 2009). Once the biomass of carp increased to over 250kg/ha, 7 years after restoration work on the lake, plant cover and waterfowl numbers were at less than 17% and 10% of their original values respectively (Bajer et al.,2009).

Carp require water temperatures above 20°C for spawning that are only thought to be realised on a regular basis in a small number of lakes "in the south of the country and in one lake in the midlands" (King et al., 2011). As such populations in Ireland are maintained with stocked populations (King et al., 2011). However carp are highly fecund with one gravid (egg carrying) female producing over a million eggs (Bolton, 2004).

Introduced into Ireland circa 1600, the first record of this species from the wild of 1634 is likely to be several years after its introduction (West, 1950 in Lever, 2009).

Generally found in lowland lakes and rivers, however distribution in Ireland is based on stocking regime (Bolton, 2004).

Occasional - Widespread but not established, species does not successfully breed in Ireland so populations must be continuously replenished with farmed stock (King et al., 2011). Scattered populations currently present in Ireland from a number at different locations.

Native to Black, Caspian and Aral Sea basins, it has been introduced around the world where it is cultivated in large quantities for human consumption and sport fishing (Freyhof & Kottelat, 2008)

Invasive Species Specialist Group (ISSG) of the SSC- Species Survival Commission of the IUCN -International Union for Conservation Nature consider carp one of the 100 Worst Invaders globally. While generally small (<6kg) carp of 25.6kg and 27.7kg have been caught in Britain (Bolton, 2004).