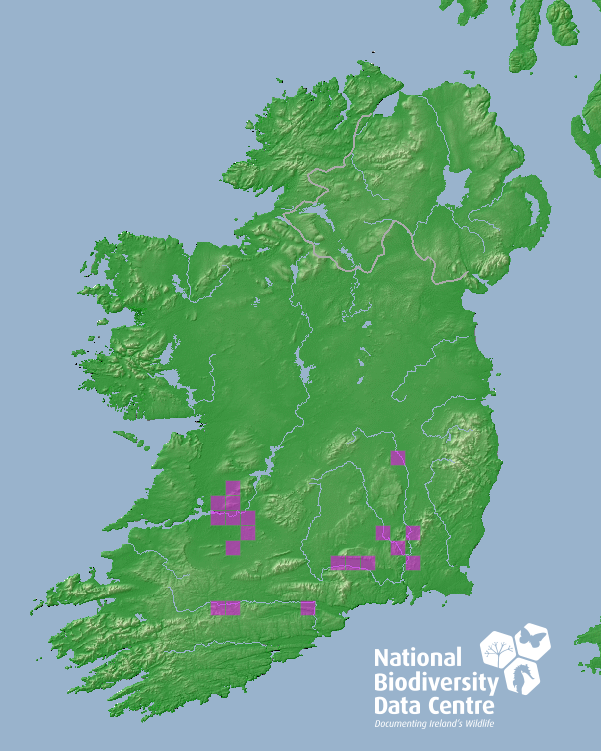 Omnivorous, it has a highly varied diet with larvae feeding on zooplankton and adults feeding on a variety of arthropods, algae, macrophytes and small cyprinids and salmonids (King et al., 2009; Welby & Cook, 2004). Regarded as a pest species in parts of its native range, as it is not considered a good sport or palatable fish (Welby & Cook, 2004). . Competes with salmon for breeding grounds (O'Grady, M. in Caffrey et al., 2007), as well as potentially impacting on populations through predation (King et al., 2009).

Intentionally release in the Blackwater river in 1889, it is possible that the spread of dace has been to flood events washing fish from the Blackwater system into other rivers or dace moving through estuarine waters into other river systems (Caffrey et al., 2007). However, the spread to the rivers Barrow and Nore make it far more likely that dace expansion in recent years is due to deliberate human mediated transfer from one river system to another.

Established - Localised but spreading. Formerly confined to the Blackwater catchment in Munster, in the 1980 they were reported in Co Clare and by 1990 had entered the Shannon catchment, though the hydroelectric dam at Ardnacrusha may prevent them spreading further upstream (Caffrey et al., 2007).

Native to Europe, including Britain, and parts of Russia, as far east as the Caspian and Black seas (Welby & Cook, 2004).