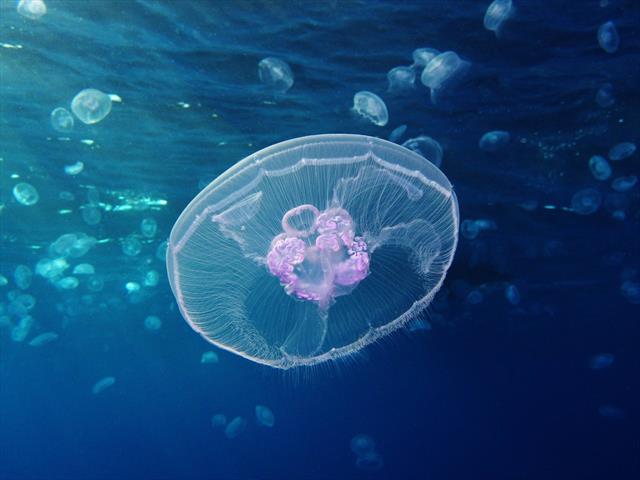 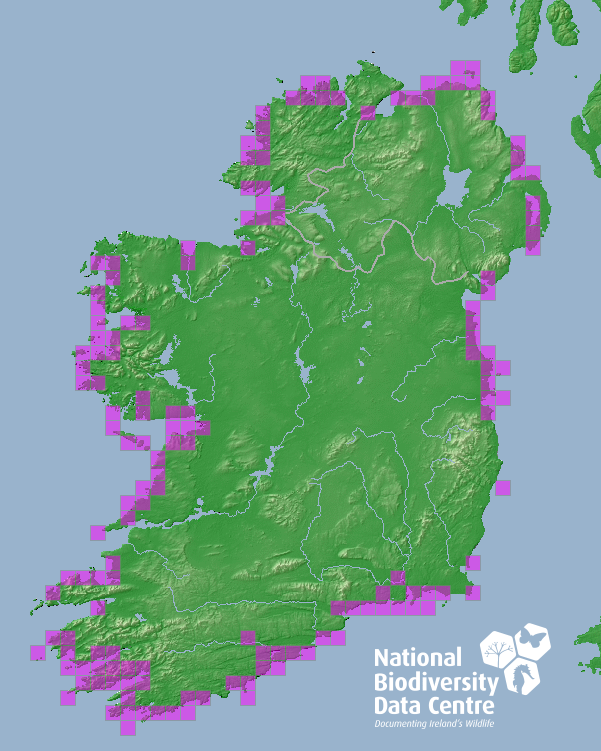 The Common Jellyfish is not afforded legal protection in Ireland

The medusae are found in shallow coastal waters, including semi-enclosed or enclosed coastal systems. The benthic polyps are found on hard substratum such as rocks but also man-made structures such as pontoons (Lucas, 2001).

A. aurita reach sexual maturity in the spring and summer. Eggs are fertilized in-situ in female medusae before they are released as free-swimming planulae. These attach to suitable substratum to form polyps called “scyphistoma”. The polyps strobilate and release free-swimming ephyrae which grow into medusae (Russell, 1970).

This species is one of the most cosmopolitan jellyfish species being found from northern boreal waters to tropical waters. It occurs off all European coasts, along the Atlantic coast of North America, in the Mediterranean, the Indian Ocean and the Pacific (Russell, 1970).

A. aurita is found in all coastal waters, with highest densities being found within 10 km from shore. Visual observations from ships of opportunity in the Irish Sea found that the highest densities of A. aurita were found 20-30 km offshore, but that large aggregations were also present in coastal waters (Doyle et al., 2007; Bastian  et al., 2011).