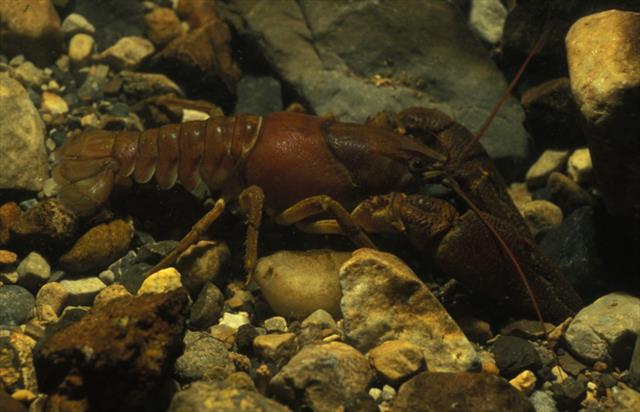 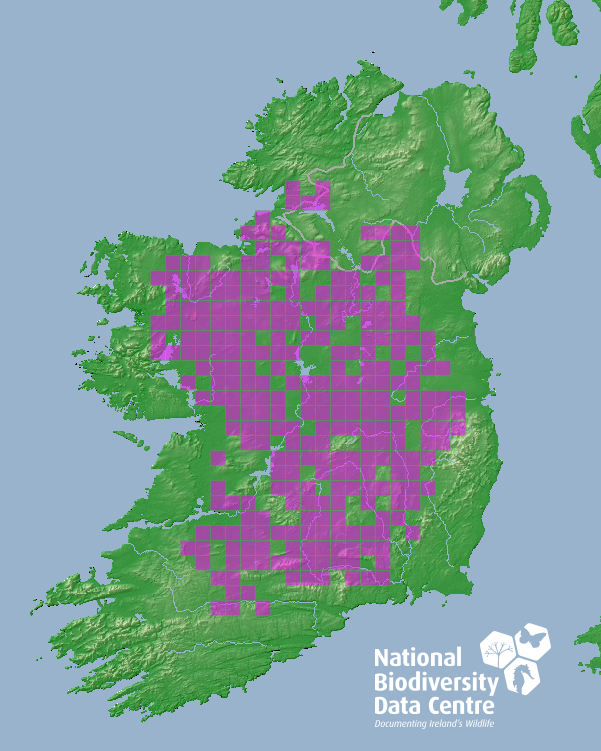 *The species is European. The global evaluation could therefore be read as the European evaluation.

Research into the genetics of Irish (as well as English and French) populations indicate the likelihood that Irish populations of A. potamobius are the result of intentional introduction as a food source.

As the White Clawed Crayfish is the only crayfish currently known to occur in Irish freshwater it should be readily identifiable as that species. Source: (Reynolds, 1998)

The Freshwater Crayfish is found in rivers, streams and lakes in Ireland particularly in those with a calcareous influence.The species prefers pH above 7 and calcium levels of minimum 5mg/l and generally good quality, cool water but can tolerate some variation.

U.K studies in streams indicate the necessity for refuges whether this be vegetation, boulders or man made features. Hard substrates were found to be preferable to muddy substrates.

Mating occurs October-November and males mate with more than one female. Eggs are incubated by the female for 8-10 months. Hatchlings remain attached to the female until after their second moult. Juveniles moult several times a year, mature males twice a year, mature females once.

Threats identified through the 2010 IUCN Red List assessment process accord well with those identified for Ireland in Article 17 reporting for the Habitats Directive.

The main threat identified is potential competition for resources with introduced crayfish species.

Although this is an issue in the rest of Europe it is not currently an issue in Ireland, because there are as yet no records of introduced crayfish species here. Introduced crayfish species in Europe harbour the pathogens Aphanomyces astaci and Thelohania contejeani which have resulted in significant declines there. Aphanomyces astaci has caused issues for particular Irish populations in the 1980s.

The threat of introduction to Ireland however is always present.

In the Article 17 Habitats Directive reporting for the period 2007-2012 Conservation Measures listed as in place or in the process of being implemented for this species in Ireland were;

Distribution is limited to the British Isles, France, along with pockets in central Europe and the Mediterranean.

Clustered generally towards the centre of Ireland, records decline towards coasts.

The National Biodiversity Data Centre is trying to improve our knowledge on the distribution of the White-clawed Crayfish in Ireland. Should you observe the species, please submit sightings to add to the database. Detailed observations will assist us gaining a better insight into where the species is most abundant in Ireland and we might also be able to detect regional variations. Please submit any sightings and photographs at: