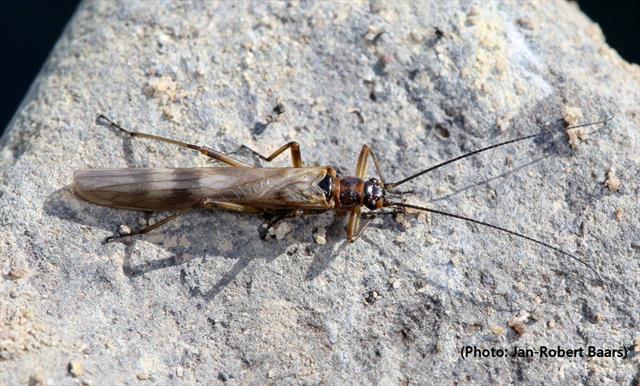 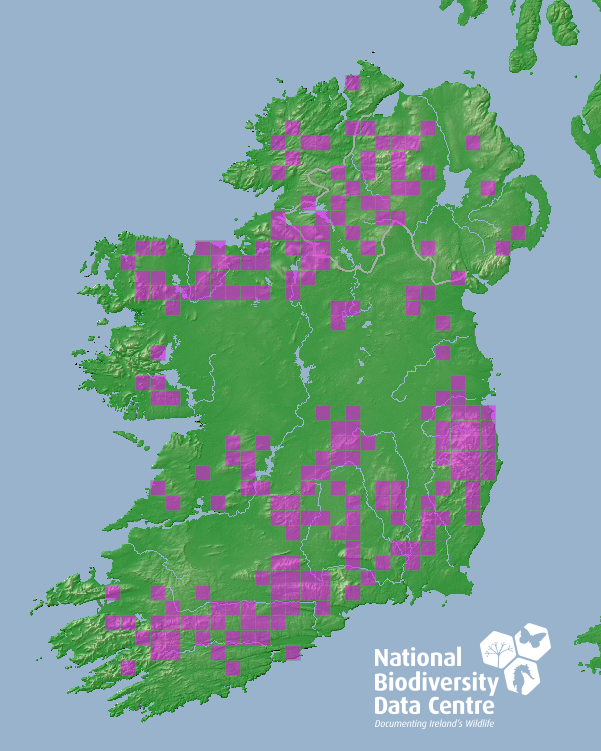 Nymph identification: 0.6 to 11 mm in size. Easily distinguished by the elongated plate like structure (or sternum) found on the ventral surface at the posterior end of the abdomen (9th segment). Their ventral side is also much paler in colour in comparison to its dorsal side, in contrast to all other stonefly species in Ireland.

Univoltine - produces one brood in a year. Adult flight period is from February to April. Nymphs present from September to April.

Common and widespread throughtout the country, especially in the east, southwest, northwest and Slieve Bloom Mountains in counties Laois and Offaly. Has been recorded from 194 10km squares in Ireland.