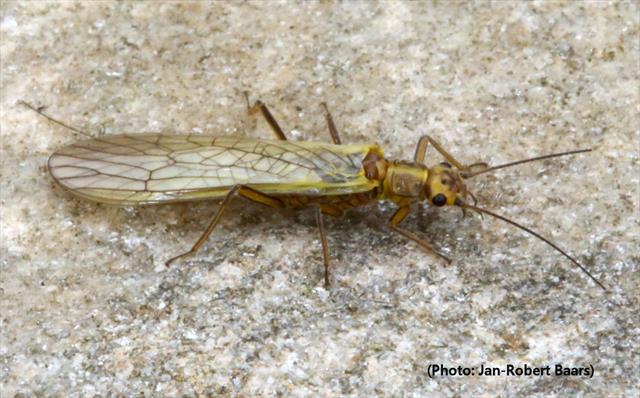 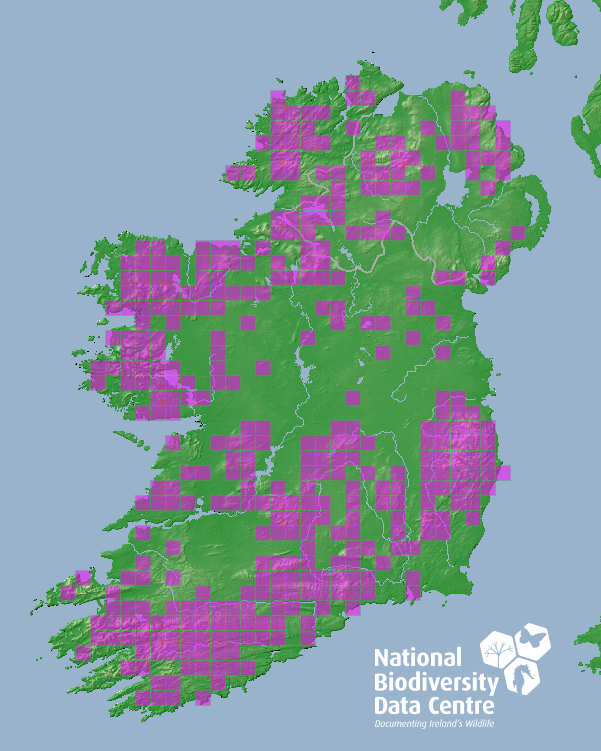 Nymph identification; The perlodid nymphs D. bicaudata and I. grammatica are separated by the lack of thick covering of black clothing hairs on the body of D. bicaudata.

Streams and rivers with stable and unstable substrata, amongst moss, leaf packets and gravel, and is often present in rivers with slight organic enrichment.

Univoltine - produces one brood in a year. Adult flight period is from April to August. Nymphs present from August to July.

Common and widespread throughtout the country. Has been recorded from 300 10km squares in Ireland.