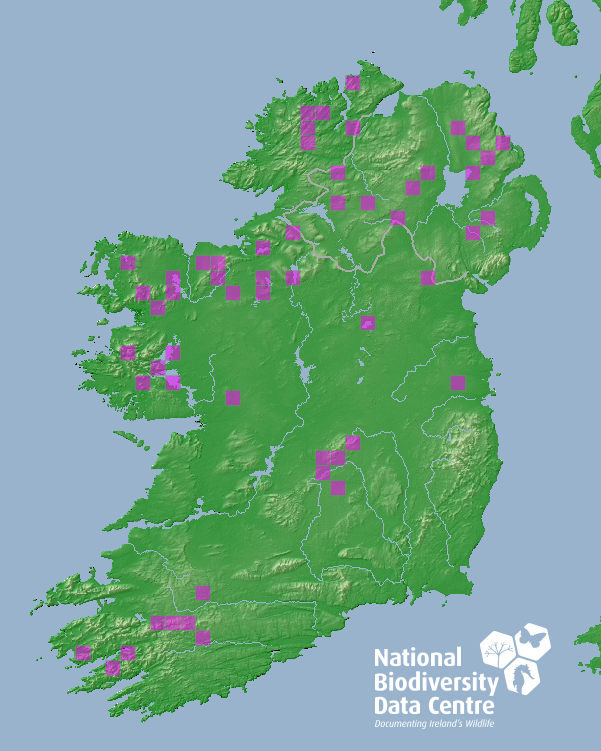 Nymph identification: 0.7 to 9 mm in size. Capnidae nymphs, although very similar to the Leuctridae in appearance, can be differentiated by the separation of the tergum and sternum from abdominal segment 1-9 (Leuctridae only 1-4 divided), which is visible when nymphs are laid on their dorsal side, with the ventral side facing up.

Univoltine - produces one brood in a year. Adult flight period is from February to May. Nymphs present from August to May.

Not common and likely restricted in distribution. Predominantly in more northerly and westerly areas of the country, with isolated occurrences in the midlands. Has been recorded from 44 10km squares in Ireland.