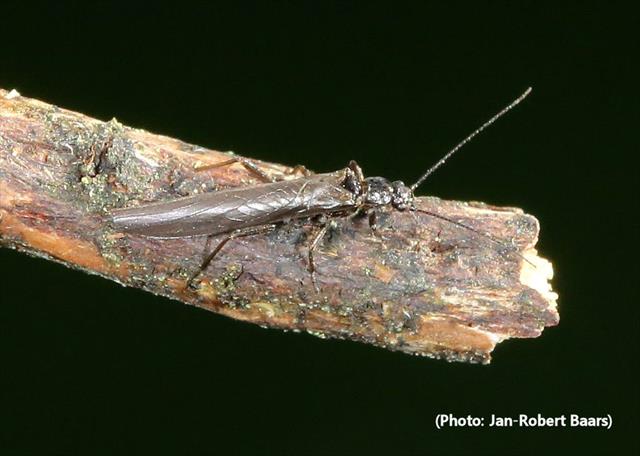 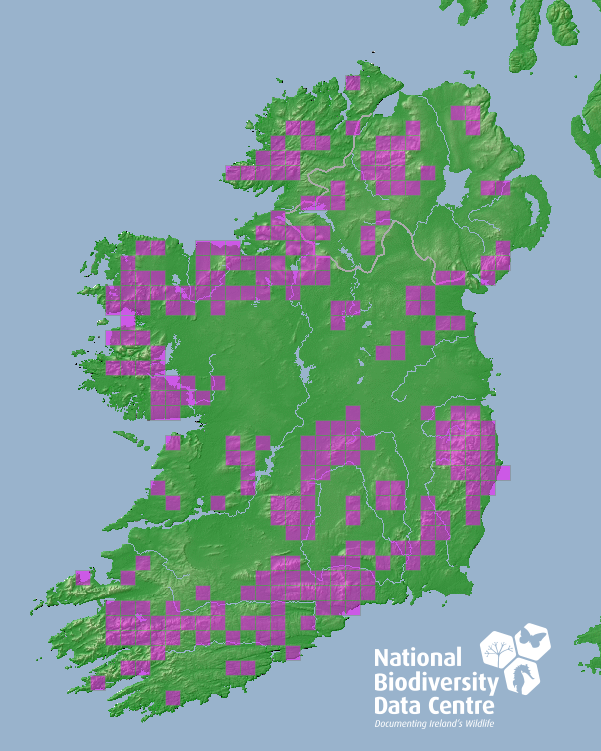 Nymph identification: 0.5 to 8 mm in size. Identifiable by examining the first four abdominal terga which will have at least one pair of long thick black bristles. Other Leuctra sp. lack these hairs. Note, however, that these hairs are often broken so caution must be taken here. Close examination will reveal small holes where the hairs were formally.

Streams and rivers, and on wave blown shores on stony substrata with detritus. Often found amongst leaf packs.

Univoltine - produces one brood in a year. Adult flight period is from March to August. Nymphs present from August to June.

Common and widespread throughtout the country. Has bee recorded from 253 10 km squares in Ireland.