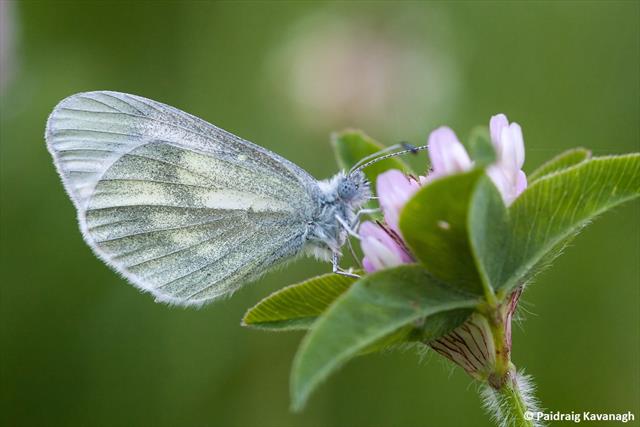 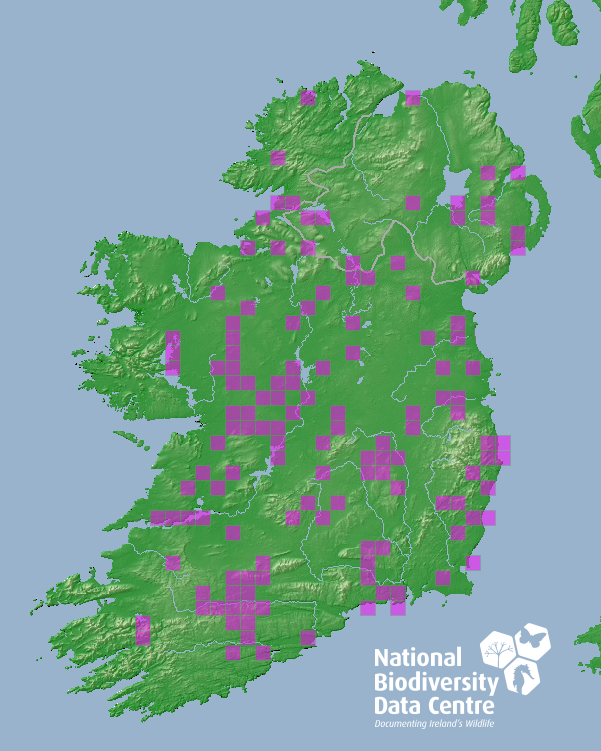 The Cryptic Wood White is not afforded legal protection in Ireland.

Nelson et al. (2001) found that there are two species of Wood White in Ireland that cannot be reliably differentiated in the field. Genetic research by Dinca et al. (2011; 2013) found that the Wood White Leptidea sinapis, found throughout Britain and continental Europe, is confined to the Burren and similar areas in Clare and Galway. In contrast, the Cryptic Wood White Leptidea juvernica can be found throughout Ireland and continental Europe, but is absent from Britain.

Generalist on grassy forest clearings, roadside verges, coastal and scrub areas.  Found across Ireland, but given the difficulty in differentiating Cryptic Wood Whites from Wood Whites, it is currently unknown to what extent both species co-occur within the range of the Wood White in the Burren and similar areas in Clare and Galway. Adults fly in sunny conditions with a characteristic slow, flapping flight close to the ground, especially among tall herbs and in scrub. The males patrol territories, while the females spend much of their time on flowerheads, or searching for oviposition sites. In dull weather adults may be found resting on flowerheads (Bond & Gittings, 2008).

Univoltine: from April to July.

Eggs are laid directly onto the foodplant, usually beneath a leaflet or bract. The larva feeds externally on the foliage, pupating around September. The pupa, which overwinters, is attached to an upright stem of a plant other than one of the foodplants (Bond & Gittings, 2008).